A few years back, I recorded a series of Lick the Plate shows around the Taste of Leucadia with various local musicians creating jingles based on participating restaurants. Cleopatra Degher was one and her voice and original song for Fish 101 blew me away. I recorded a video of the performance that you can check out at www.artichoke-creative.com/cleopatra and you will hear for yourself this talented young singer songwriter.

That encounter led me to learning more about Cleopatra and her musical family and since then I’ve had a chance to see her sister Cordelia play around town and met her dad Darius, who has made a name for himself as a musician. Since the on-air and podcast version of Lick the Plate has always been about food and music, I’ve been meaning to bring this cool family together for a column for a while. I ran into Darius a few months back at the Lecuadia Art Walk and he loved the idea of his family sharing their favorite places to eat around North County.

With that, I’ll start with songwriter, poet, singer, and guitarist Darius. I should point out that he also played sitar on Warren Zevon’s classic song “Bad Karma.” He has released five CDs and performed at CBGB, the Speakeasy, Bitter End, Passim, Continental Club, Shrine Auditorium, as well as the South By Southwest Music Conference, New Music Seminar to name a few.

His bands have played on bills with Don McLean, Lucinda Williams, Los Lobos, Doctor John, and Guy Clark. So yeah, Cleopatra and Cordelia have some serious musical talent in their blood.

Darius lives in Leucadia and his list does not stray out of that bubble, and why should it?

Here are his thoughts on the Leucadia restaurant scene: “For this former home brewer and ale lover, the heart and soul of the Leucadia gastro scene is the Regal Seagull. It’s just proper pub culture, and they have new, local IPAs and Belgians every time I visit. Paddy, Deziray and company keep the vibes good, and it’s dog- and family-friendly too.

“I don’t eat much meat, but when I do it’s often their burger though I also love the garlic bison burger at Encinitas Ale House. Of course, beer isn’t what I, or my wife, want every time out. When wine calls, Solterra is the answer. Yes, it’s chichi for Leucadia, but the wines are no more expensive than anywhere else, and they’re worlds better. My wife loves the Viognier, they have a great selection of varietals, and the best red table wine around is their Beacon’s Blend. They also have tapas that evoke memories of San Sebastian and the Basque Country.

“The best restaurant proper is Le Papagayo, with its great menu. They also have music seven nights a week, and that’s commendable (especially when it’s original songs). My favorite traditional taco joint is Kotija Jr. Their shrimp burritos, both diablo and chipotle, are the bomb sublime. After a late morning surf session, that’s what you want. When I’m in health-conscious mode, Haggo’s Organic Taco is the call, despite their weird hours.”

I am so with you on all of that Darius though I am more of a Juanita’s guy than Kotija Jr. And I would love later hours at Haggo’s.

Cordelia Degher is a young singer-songwriter with a deep catalog and loads of experience. She’s been performing her own songs since she was 10 years old, when she won the national Reflections Art Contest. Her debut EP “Open Up to Me” was released 2015. Cordelia ventures a bit further out of the Leucadia bubble than her dad into Carlsbad with her first pick:

“My favorite all-time restaurant is Sushi Kuchi in Carlsbad. Not only do they have the best sushi in town, but they also have the cheapest prices I’ve ever seen in a sushi restaurant. They have a 50 percent off menu: half price all the time! The vibe of the restaurant is super hip yet family-friendly, and the best part of it all is probably how they celebrate birthdays. They basically turn the restaurant into a club for two minutes with strobe lights and loud music, and the whole staff comes out and sings happy birthday to you and brings you a Japanese dessert.

“My favorites on the menu are the Vegas Roll, which are decadent but amazing; the cream cheese wontons, which can only be described as heaven in your mouth; and the salmon nigiri, prepared with the perfect amount of wasabi. Another one of my local favorites is Lobster West. They have the best Lobster Roll on the West Coast. They also have the most amazing soups. The lobster bisque is my personal favorite, but the clam chowder is also fantastic. It’s a family-run business, which gives it a homey vibe and a more personal experience.”

OK, Sushi Kuchi sounds like a blast, it is now on the Lick the Plate list. Thanks for the tip Cordelia!

I wrap things up with Cleopatra, whose “California folk by way of Sweden” sound is one-of-a-kind and amazing. Just a side note here, Susanne Degher is the matriarch of the family and hails from Sweden and they have all spent a lot of time there. There is a lot of California in Cleopatra Degher’s sound yet she spent more of her childhood in Sweden, hence the influence. Cleopatra’s first full-length album “Pacific” is a lush collection of songs that are underpinned by traditional American folk influences. Cleopatra includes three of my local favorites as her go-to joints: “Birdseye Kitchen has a great yellow curry and I love sitting by the open sliding doors as the Coaster goes by. Another favorite is the old stand-by Encinitas establishment the Pannikin. Their triple-layer cakes are amazing, and it’s a great spot for people watching. I also have to mention Peace Pies for their tasty and incredibly filling vegan lasagna.”

And there you have it, local favorites from one of the most musically talented families you will come across. I highly suggest doing a Google search on all three of them and give a listen to their music. And thank you Deghers for your words and music! 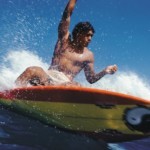 Thank you for a more personal look into the amazing Degher family. I’ve heard the daughters’ beautiful music around town, most recently st CoffeeCoffee during the LeucadiaArtWalk. And I look forward to reading even-tempered & thoughtful political commentary by Darius, with whom I nearly always agree, leaving me to wonder, “Why didn’t I say that?!” Loved knowing more about this Leucadia family who add so much to our coomunity??

Thank you for a more personal look into the amazing Degher family. I’ve heard the daughters’ beautiful music around town, most recently st CoffeeCoffee during the LeucadiaArtWalk. And I look forward to reading even-tempered & thoughtful political commentary by Darius, with whom I nearly always agree, leaving me to wonder, “Why didn’t I say that?!” Loved knowing more about this Leucadia family who add so much to our coomunity??