The burglary was reported at 12:12 p.m. in the 700 block of Castro Street west of Interstate 5, according to Lt. Glen Twyman of the San Diego County Sheriff’s Department Communications Center.

Twyman said deputies were searching for a suspect seen leaving a residence.

The suspect was described as a white male, approximately 55 years of age, standing 5-feet-10 inches tall and weighing about 175 pounds. The suspect was wearing jeans, a blue shirt and a gray hat and was carrying a red backpack.

A sheriff’s helicopter searched the area of Highland Drive, but the suspect was not located. Authorities said ground units would continue to search the area.

Anyone with information about the burglary or the suspect was urged to call the sheriff’s department at 858-565-5200. 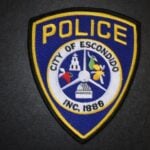