OCEANSIDE — The Madison Middle School community recently mourned the unexpected loss of one of its young students late last month.

Marco Antonio Benitez II suddenly fell ill while in physical education class at school in the afternoon on Friday, Oct. 22. According to Vista Unified School District, he was immediately taken from school to a nearby hospital where he later died that same day.

In a letter addressed to the school’s community, Supt. Matt Boyle explained the school had received Marco’s official medical report over the weekend after his death. The report indicated that Marco died due to a previously undetected heart condition.

“I share this information with the full permission of the family, who join me in hoping that we can turn our attention to respectful remembrance,” Boyle wrote.

In honor of Marco, the school held activities each day throughout the school week following his death supporting his memory including signing posters, card writing and remembrance events at lunch. There was also a day where everyone wore yellow, which was Marco’s favorite color, and a Halloween parade dedicated to him as well.

A candlelight vigil was held for Marco in the evening on Oct. 27, and his family hosted a celebration of his life at Mance Buchanon Park on Oct. 30.

“We want to give Marco the memorial he deserves to honor his memory and say our last goodbyes,” Koetter said on the fundraising webpage.

So far, Koetter’s efforts have been successful: the GoFundMe page has gone past its goal of $20,000, having raised $21,600 since Tuesday, Nov. 2. The donors included a mix of people from the community, including those who loved Marco and others who didn’t even know him but wanted to help regardless.

“He was such a healthy, happy 13-year-old middle school student,” Koetter said. “A loving brother, son, nephew, grandson. Nobody could have expected this tragedy.” 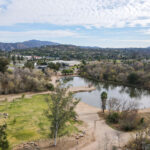