SAN DIEGO — A sweeping bipartisan $1 trillion infrastructure bill was passed by the U.S. Senate last week and is currently being debated in the House of Representatives.

While a vote is not expected until Aug. 23, per media reports, White House National Climate Adviser Gina McCarthy, along with U.S. Reps Mike Levin (D-49) and Scott Peters (D-52) toured San Diego County on Aug. 17 touting the bill and warning about the climate crisis.

The elected officials concluded their trip by joining SDG&E CEO Caroline Winn at San Diego Gas & Electric’s headquarters in San Diego, where they spoke about the utility company’s ability to mitigate wildfires, strengthen climate resilience and protect public safety. The group also discussed the country’s need to upgrade its infrastructure.

“About 40% of the power SDG&E procures is from renewable sources,” Peters said. “We’ve had some success in Washington … and passed my bill, the USE IT Act (Utilizing Significant Emissions with Innovative Technologies), to push carbon capture.”

Both Levin and Peters said SDG&E has shown innovated new methods of wildfire mitigation and detection, creating and deploying a model that should be a national standard.

As wildfires scorch towns, homes and more than one million total acres in Northern California, drought conditions in the state have worsened over the past five years, reaping a higher level of destruction over the past several years.

Additionally, Lake Oroville in Northern California shut down its hydroelectric generation this year due to low snowpack in the Sierra Nevada. Peters said these situations mean the federal government, or states, must look at building new energy storage facilities.

“Drought frequency is increasing,” Levin said. “We have got to do all we can to tackle the root cause that is causing all these issues. The root cause is the climate crisis.”

Peters stressed another high priority is to accelerate the proliferation of water recycling facilities, such as San Diego’s massive Pure Water project, which is expected to recycle 83 million gallons of water per day by 2035, accounting for half of the city’s potable water. The project’s first phase is expected to be completed in 2025.

Regarding electrical grids, McCarthy said they must be modernized to allow for more efficiencies, use reduction and preventing wildfires, the latter of which is a massive contributor to airborne emissions.

“(The bill) also looks at addressing the transportation sector … so it’s investing in transit, electric buses, airports and ports,” McCarthy said. “The next budget resolution is critical as well. We’re looking at the development of a clean electricity payment system … so the utilities get the hint that their job is to get to 0% (emissions) by 2035.”

Levin stressed the urgency to act quickly, citing a new report from the United Nations with U.N. Secretary-General António Guterres calling it a “code red for humanity.”

Walker Foley, of Food & Water Watch, said it is imperative for the Biden Administration to act quickly and formulate a plan to tackle the climate crisis. Foley, along with members of the Sunrise Movement attended two events on Aug. 17 featuring the three politicians and stressed Biden must declare a national climate emergency.

Foley said the infrastructure bill is a great start, although long-term plans and strategies must fall into place for the country to build out its infrastructure and tackle the crisis. They dubbed their national coalition “Build Back Fossil Free,” a play on Biden’s “Build Back Better” agenda.

“It means using this opportunity and the funds … to take really bold action on climate,” Foley said. “We really think Biden has this tremendous opportunity to put us on the right path with what might be once-in-a-generation funding.”

The bill would pump in billions of dollars for public transit, rail, roads and highways, bridges, water, wildfires, broadband internet, electric vehicle, clean energy and upgrading the electrical grid, according to the White House. 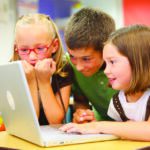 Cox helps people connect to the internet through federal program