The city manager will now be required to receive majority council approval before hiring a department leadership role. File photo

VISTA — In a policy set to sunset in six months, a council majority will take part in hiring department heads.

The Vista City Council voted 4-1 on Sept. 13 to include a code change that requires the city manager to be in “consultation and agreement with a majority of the City Council” before hiring a department lead.

There are currently no vacancies for department leaders in the city of Vista.

The decision came after a previous 3-2 council vote on Aug. 30 after the resolution’s first reading. The sunset clause means the temporary policy will revert to its original language — without council input — after 180 days. During that time, staff will develop a policy that includes a hiring panel to advise the city manager on qualified applicants.

Councilmember Joe Green said including the council in the hiring process for the next six months helps avoid feeling caught off guard by new hires, as he’s felt in the past.

But Mayor Judy Ritter said she could not support the resolution. In a previous meeting, Ritter cautioned tampering with the 20-year civil worker’s hiring authority by placing it into the “hands of three council members… who are coincidentally the ones attempting to change the code.”

“I trust (City Manager Patrick Johnson’s) judgment,” Ritter told the council last week. “City Council, in the past, has not really gotten involved in personnel issues. We are always involved in policy issues. So, I’m going to not support that.”

Deputy Mayor John Franklin, who originally voted “no” due to the seemingly hastened placement of the change at the special council meeting, supported the amendment change.

Franklin said he doesn’t agree with the process in which the change is being made to the city manager’s chapter, but “I don’t have an objection to the vision.”

“Let’s have a really good conversation about the city and how we will continue to have a well run city and promote diversity, equity inclusion, and promote transparency,” said Councilmember Corinna Contreras, encouraging the public to partake in a future workshop on policy creation. “So we can reach out to as many qualified candidates as possible and ensure that our internal candidates have a good process where they can enter at an entry level and have a career trajectory that is going to make a world of difference for them and their family and ultimately, promote community wellbeing.”

A workshop is planned for Oct. 27 to develop a policy with staff and public input on the city manager’s inclusion of interested parties during his hiring process.

Several members of the public spoke against the amendment, believing the council is overstepping its duties and changing the city’s form of government.

“This proposed action appears, to me, to be a highly irresponsible grab for power by some city council members, and if past may not bode very well for the effective management of our city of Vista,” Effron said. “The development of this ordinance, along with the other surrounding circumstances regarding its attempted passage, will not stand close scrutiny and people are watching.”

However, not all were against the inclusion of a hiring panel to help the city manager along the hiring process.

“If anything its enhancing is power,” Sweeney said. “This move by the council will give a seat at the table to the team members that the new directors will be hiring. This policy will ensure a panel of experts and stakeholders recommend the most qualified candidates to the city manager for hire.“

Johnson did not provide comment. However, council told the public during the first reading that, upon inquiry, the city manager was not interested in drafting a policy outside the public sphere that would change his operations. 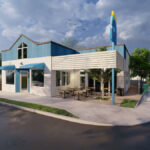