The first project will subdivide a 7.38-acre vacant lot in the San Luis Rey neighborhood west of Los Arbolitos Boulevard at the Aspen Street and Pala Road intersection into 54-unit, single-family lots. The homes range from 1,200 to 1,700 square feet with two-car garages and full-sized driveways.

Concordia Development’s Cypress Point community will include a private loop road with a central green space and 38 guest parking spaces.

A resident in the neighborhood, Gerry Craft, appealed the project following the Planning Commission’s approval in March. Craft’s appeal included a petition against the project with 34 signatures from other residents.

Craft cited seven reasons against Cypress Point, one of which asserts that its two-story homes would clash with the surrounding single-story homes.

“Nothing prohibits the existing neighborhood from development or redevelopment with two-story homes,” said Richard Greenbauer, the city planner overseeing the project.

Other issues included in the appeal claim the project will negatively impact public safety regarding access into the community, compromised airport safety, and potential fire hazards in the nearby San Luis Rey riverbed.

According to the staff report, the project’s environmental impact report evaluated potential wildfire impacts and found that the project is not in a high-risk area. The fire department has determined the community has adequate access to the site. Additionally, the extension of Pala Road would allow for fire access to the open space next to the site.

The staff report also notes the project complies with both the city’s General Plan regarding the amount of generated traffic and the Climate Action Plan related to greenhouse gas emissions.

Greenbauer confirmed staff completed its required tribal consultation for the project. According to Greenbauer’s June 22 presentation to council, the project’s mitigation measures, certified within the environmental impact report, would reduce any significant impacts on Native American cultural resources.

The council approved the project in a 3-2 vote, with Mayor Esther Sanchez and Councilmember Chris Rodriguez opposed.

The second development is another highly contentious project in the Fire Mountain neighborhood that will add eight four-bedroom, two-story homes equipped with a junior accessory dwelling unit along Whaley Street.

The project will build eight new single-family homes and maintain four existing homes on a 2.15-acre parcel on the north side of Whaley Street between Kurtz and Hunsaker Streets. The plan would divide the entire property into 12 separate residential lots ranging between 4,158 to 9,093 square feet.

Nearly 500 signatures were collected in opposition to the project before Planning Commission’s approval in March.

Council approved the project with another 3-2 vote, this time with Sanchez joined by Deputy Mayor Ryan Keim in opposition.

While Keim opposes the state’s imposition of high-density housing projects and believes the Whaley Street project doesn’t fit in Fire Mountain, he felt differently about the San Luis Rey project.

Because the land where Cypress Point will go was declared surplus by the city when it was sold to the developer, it is required to set aside 15% of the project as affordable housing under the Surplus Lands Act. The project is also a density bonus and was allowed up to 57 units. However, the developer opted to stick with 54. Eight homes will be set aside as affordable housing, while the rest will be charged at the market rate.

“When the state ties our hands and mandates us to approve density bonus projects that drastically change the character of single-family neighborhoods, we don’t have to have that in this city; however, I think (Cypress Point) is different where initially the developer was going to comply with zoning that the General Plan had designated, but with the Surplus Land Act they had to add more,” Keim said. “I think it’s appropriate for the area; I understand the frustration with it, but the area is a mix of multifamily and single-family, and it does fit.”

Like Cypress Point, the Whaley Street development is also a density bonus project that could have built up to 14 single-family homes but is sticking with 12, which includes the four existing dwellings, with one reserved for affordable housing. 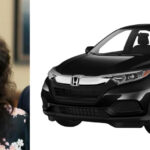