Ted passed away peacefully at his home in Cardiff at the age of 55 on September 15 ,2020 with his wife and daughter by his side. Ted was a warrior and never gave up trying to beat his cancer.

Ted was born in San Diego and spent the majority of his life living here. Ted graduated from San Dieguito High. He worked for General Dynamics, he worked in construction and eventually ended up with a Doctorate in Mixology and bartended for the last 25 years of his life.
Ted loved sports; playing baseball, basketball and football. He was also an avid waterman who loved to surf and fish. Growing up in true San Diego fashion, he was loyal to the San Diego Padres and the San Diego Chargers.

Ted’ s other passion was being a Member of the Encinitas Elks Lodge for seventeen years. He was proud to be an Elk, he loved what the Elks stood for and he loved working there with everyone.

Ted was preceded in death by his brother Bleau Bohannan and is survived by his wife Caroline of 21 years of marriage, his daughter Katrina Janet (Craig), his loving parents Ron and Kristine Bliss, his sister Lisa Bennett, brother Job Bennett and his extended family in Canada, including his Father and Mother in law, and his Brothers and Sister in law. Ted leaves behind many Aunts, Uncles, nephews, nieces, cousins and friends.

A Celebration of Life will be held on November 15th at the Encinitas Elks lodge at 1393 Windsor Ave, 1:00 pm until 4:00 pm. Social distance will be maintained, and masking will be required. In lieu of flowers please consider a donation in Teds Memory to the Sharp Memorial Cancer Institute or The Encinitas Elks Lodge #2243. 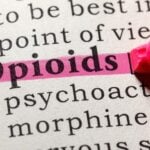 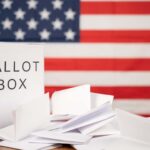