Sage Creek High School freshman Parys Townsend smiles for a photo before heading off to the first day of classes on Aug. 29. Photo by Jordan P. Ingram

CARLSBAD — It was nearly like every other school day, except it was a blur.

After undergoing a lengthy treatment for one of the rarest diseases in the world, Sage Creek High School freshman Parys Townsend made a triumphant comeback on Aug. 29.

The 14-year-old is battling DOCK8 Immunodeficiency Syndrome, but was cleared last week by her doctor, Nirali Shah, at the National Institute of Health in Maryland to return to school. There are still some lingering concerns, but for the most part, Parys is ready to get back to her old self.

“It was pretty basic,” she said of her first day. “It feels like I’m at a camp. I didn’t expect this. Over the months, I will get used to it.”

Mixed with nerves and excitement, Parys successfully navigated her new school, worried she would get lost, like most freshman. The larger environment, she said, took time getting used to and seeing her friends’ older siblings at the same school added shock value.

Although she is not fully cleared to engage in strenuous activities, Parys can do more limited exercise to build her endurance, her mother, Jeannie Townsend said.

“In February or March, we are going to start immunizations,” she added. “She’s moving forward really nice, and so far, no hiccups. So far she’s been amazing.”

DOCK8 deficiency results from mutations in the gene causing an immunodeficiency in cells (white blood cells) and if not treated early it causes cancers, infections, vascular and brain issues and can lead to death before a person reaches 30.

Shah said the immune system is partially compromised so a patient must undergo chemotherapy before having a stem cell transplant. After a transplant, the first 100 days are the most critical, she said.

The road to a full recovery, meanwhile, can take years, but Shah said in her experience patients have shown significant results in the first several months.

As for the rarity, she said estimates are less than one in 1 million people have the mutated gene, which is passed down by the parents. And since the disease is relatively young since its discovery, Shah said it is likely more have the disease but have not been diagnosed.

“It prevents them from being able to fight infections,” she explained. “It’s a problem with one part of your immune system. We know the longer you are with DOCK8, the more problems you will have. Risks of transplant are significant, but can be curative for DOCK8 deficiency, and in the right setting, the risk of transplant is less than the risks associated with the underlying disease. Chemotherapy is given in part to help accept the new cells and it’s also given to make space for the new cells coming in.”

On March 15, Parys underwent an injection of stem cells into her bone marrow and was just the 27th person to undergo a DOCK8 transplant.

She returned to Carlsbad from the National Institute of Health on June 20 after a four-month stay. She still is on medication, but is slowly weaning, Jeannie Townsend added.

The active type, Parys isn’t much for sitting around, which made summer difficult. However, her “tight-knit” group of friends played the role of watchdogs and made sure Parys took her medication and watched carefully went they went out.

And in an act of unity, her twin brother, Gavyn, cut his long hair and donated it to Wigs for Kids, a nonprofit that makes wigs out of human hair for children suffering from all types of hair loss.

One popular destination was the beach, naturally, but Parys had to careful as bacteria roams freely and in her condition, could deliver a setback. Regardless, one never occurred and she has only become stronger.

And even though Parys is limited, she is focused on next year, when she can join the Sage Creek soccer and surf teams. For this year, though, her goal is to earn straight As.

“I’m kind of focusing on getting good grades,” Parys said. “I feel completely normal again. My friends and family helped me with that. I just kind of ignore it and don’t focus on what happened. I focus on what’s happening in the moment.” 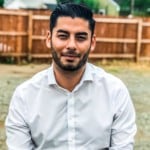 Lower back pain: Listen to you mother and don’t slouch