CARLSBAD — Voters have elected Councilman Keith Blackburn as the city’s next mayor in a landslide victory over challenger Mike Curtin, early returns show.

Blackburn garnered 22,586 votes, or 70% of ballots returned, according to the San Diego County Registrar of Voters. Curtin has received 9,910 votes or 30%, as of Friday morning.

The District 1 council race is locked in a battle, with Melanie Burkholder holding a narrow lead (213 votes) over Sam Ward. DeeDee Trejo-Rowlett is a distant third with 999 votes or 14.7%.

In District 3 race, incumbent Councilwoman Priya Bhat-Patel appears headed toward her second term, holding a 10-point lead over Carlsbad Unified School District Trustee Ray Pearson. If Pearson loses, he will keep his seat on the school board.

As for the other races, incumbent City Treasurer Craig Lindholm blew past challenger Lance Schulte by more than 30 points. Sherry Freisinger, who ran unopposed, is the new city clerk.

The closest race on the city level is Measure J, which would authorize the City Council to spend up to $24 million to renovate the Monroe Street Pool. As of Nov. 10, the measure is failing by just 81 votes, with 15,000 votes against and 14,919 in support. 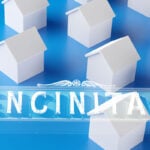