The city of Vista is moving forward with an ordinance allowing three marijuana cultivation businesses in Vista Business Park. Photo by Samantha Nelson

VISTA — The city of Vista is one step closer to allowing businesses growing and manufacturing cannabis to set up shop within the city’s 1,100-acre industrial park.

After an hours-long and at times contentious public hearing late last month, the Vista City Council voted 3-2 to hear the second reading of an ordinance to allow three cannabis cultivation businesses to operate within Area B of the Vista Business Park near Sycamore Avenue.

The ordinance would establish a lottery system in which three applicants receive the opportunity for a special-use permit for a yearly cannabis cultivation license.

The initial application for a special permit is more than $4,000; a renewal application is $329. Once approved for operation, cannabis businesses are also subject to a regulatory and financial audit, a bill of nearly $20,000.

Several members of the public spoke out against the expansion of cannabis business in Vista. However, some agreed that if cultivation moves forward, it needs to do so with proper social equity measures in mind — a point of disagreement that turned a possible 4-1 vote into the final 3-2 vote.

The item will come before the council again this summer with added language that ensures protected classes — per state law — share in the business opportunity. The council also discussed the creation of a social equity account, funded by cannabis monies, to offset the imbalance of impacts on marginalized communities.

People in Black and Brown communities “have been locked up, they’ve been jailed over cannabis,” NAACP North County representative Yusef Miller told the council. “They’ve even been blocked out of … cannabis [business] equity. But, at the same time, we have to be wise about cannabis and its spread in the community.”

While Ritter is against the expansion of cannabis business overall — she was opposed in February when the council asked for a staff proposal on cannabis cultivation — Franklin had issues with finer points in the permitting process.

As written, the city manager is directed to establish the schedules, rules and procedures for submission of applications. While admitting it would be “cleaner” if council created a definition for “equity” within its cannabis business licenses, City Manager Patrick Johnson said that he would be able to create a process to ensure applicants who fall under the term “protected classes” are represented.

Franklin disagreed, adding that the city’s attorney and manager could not interpret the council’s goals and adequately define who falls in the “protected classes” in Vista. While not against an application process that ensures at least one permit is awarded to a protected class, Franklin doesn’t want to sign a “blank check” — or adopt the ordinance at its public hearing phase — without clear definitions.

Franklin questioned his colleagues, particularly Melendez, asking: “Don’t you feel that as a council member that you should be involved in development of this policy if it’s as important as you claim that it is? Don’t you want to do that in public in front of the voters and stand up for what you believe?”

Contreras agreed that bringing indoor cannabis cultivation ordinances back before the council is unnecessary, as staff would be directed to develop a definition alongside the application process.

“Just as a question, I’m legally an indigenous person. I’m one-128th Oklahoma Choctaw, my spouse is American Cherokee, would I qualify under your definition of the equity component?” Franklin asked Contreras. “There are some questions to be answered here. I am just surprised that you wouldn’t want to have a say.”

Melendez said there’s an underlying historical context that may not be understood across the council, adding that state rules and court cases could help define an equitable permitting process in Vista.

Before roll call, Franklin directed the city manager to place the equity directive on the agenda for the next meeting.

“You know denying me a vote has accomplished nothing because we’re going to have a discussion,” Franklin said.

Contreras, who was admittedly encouraged by the length of an equity conversation, said no one was denying anyone their right to vote as a council member and called on her colleague to stick to facts.

“Anybody on this council has the ability to bring anything up as a discussion or presentation on any agenda, so it is a little bit of Kabuki theater,” Contreras said. “It is a little bit unnecessary.”

She continued, circling back to the city manager’s ability to define “equity.”

“The state of California, other cities, have the framework — which I understand that the city attorney and the city manager and our city clerk can go by that framework — and that there’s a legal justification for that,” Contreras said. 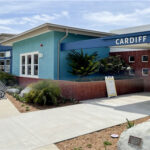