A lawsuit has been filed against Republic Services for charging customers during a recent monthlong labor strike. Photo by Michael T. Hartman

REGION — A proposed class-action lawsuit has been filed against garbage hauler Republic Services on behalf of a Carmel Valley resident who alleges the company continued to bill customers during the month-long strike while trash services were suspended in various parts of San Diego County.

Last week, the company and unionized sanitation workers reached an agreement to end the labor dispute and resume trash services in various parts of San Diego and Chula Vista, where trash piled up for weeks.

Republic Services declined to comment on the suit filed Tuesday in San Diego federal court, which states that plaintiff Qihai Chen was billed at the regular rate during the work stoppage and has not been refunded despite the lack of services.

Chen’s attorneys also seek to represent county residents charged for services while their trash was not picked up.

According to the lawsuit, the company “intentionally charged Plaintiff’s and the Class members’ debit and credit cards in the full amount of recurring fees despite the interruption of services that occurred between December 2021 and January 2022.”

It also states, “at the minimum, Defendants could have used the funds received to hire others to remove the trash while the strike was active.”

Sanitation services resumed on Jan. 18, one day after unionized employees voted to accept the company’s final offer. Union leaders said the agreement provides for wage increases and some improvements to health insurance, but fell short of what workers were seeking.

“(The strike) was an anomaly,” Republic spokesperson Mike Celaya told Carlsbad officials. “We had the perfect storm with COVID and looking for drivers to assist with that. This is a smaller business unit here in Carlsbad. We definitely have that work crew in place and ready … should anything happen.” 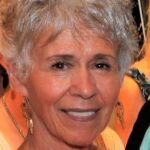