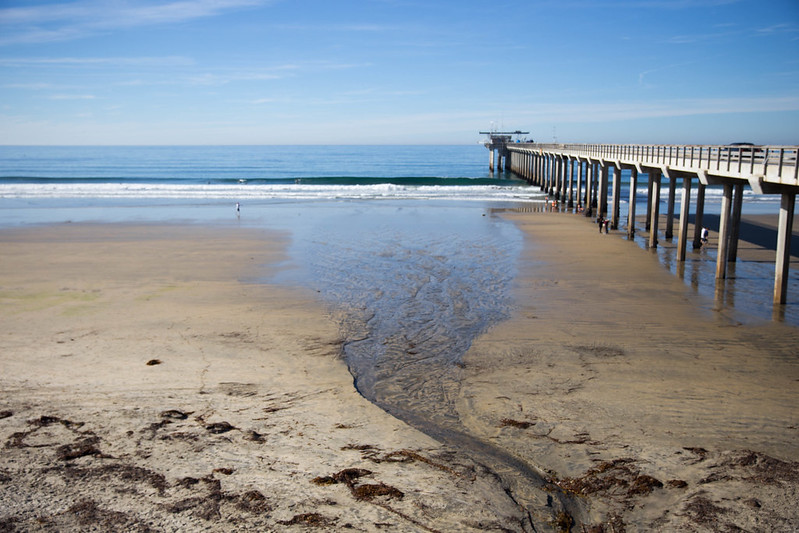 A beach in La Jolla. Courtesy photo by John Farrell MacDonald via Flickr

Warning signs will remain on the Imperial Beach shoreline until weekly samples reveal levels of bacteria have dropped back to safe levels, according to the San Diego County Department of Environmental Health and Quality.

Most trails in nearby Tijuana River Valley Regional Park are closed due to muddy conditions.

This week’s sample farther north at La Jolla Shores indicated the water there is still safe for swimming, and no restrictions are in place. The advisory indicates that recent wet weather may cause ocean water quality to change.

During dry months, when fewer than 30 million gallons of water flow through the Tijuana River daily, all of it is treated in Mexico before continuing into the ocean. As a result, most of the year, Tijuana River water flows into the ocean south of the border and continues southward, according to the department’s website.

During heavy rains, however, the river’s flow is not diverted or treated, and contaminated water follows the river’s natural course into the United States, where it can flow well north from the Tijuana Slough depending on the additional influence of tides and wind. Restaurants hurt by COVID-19 can apply for utility company grants Freshen your look this spring with Moradi M.D. injectables