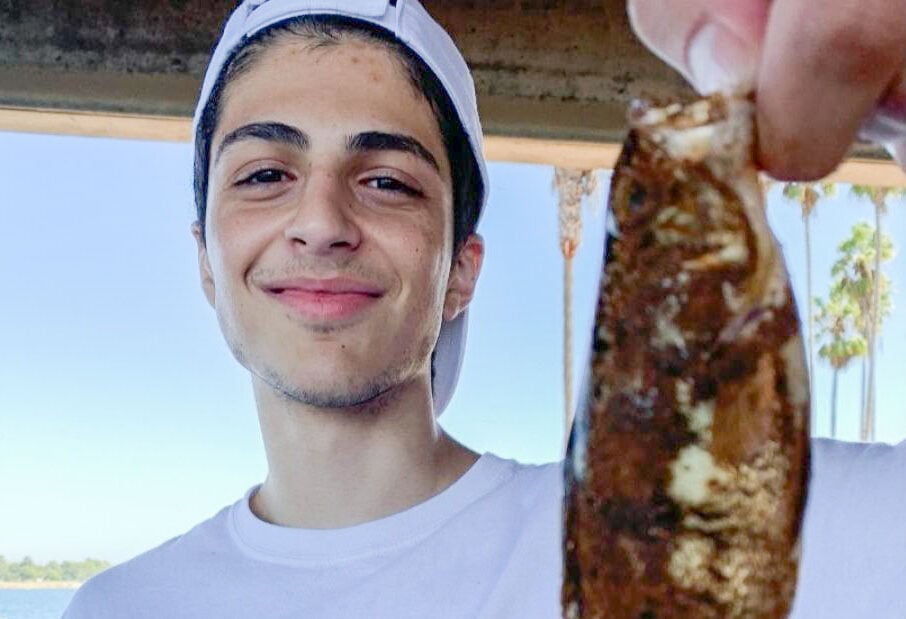 Aris Keshishian, 20, was stabbed and killed in August near his San Marcos home. Photo via GoFundMe

SAN MARCOS — The San Marcos City Council has voted to name a popular hiking trail in San Marcos in honor of Aris Keshishian, a 20-year-old San Marcos resident who was murdered outside his home earlier this year.

The council voted 4-1 on Tuesday night to officially name the nearly one-mile trail around the perimeter of Discovery Lake the “Gratitude Trail, In Memory of Aris Keshishian.” The city will begin erecting signs designating the new trail name around the lake in early January, according to city mayor Rebecca Jones.

Jones said the council’s decision was a significant step in helping ensure that Keshishian is properly remembered and honored, as well as in helping his family and the community at large heal from a tragedy that the mayor said had an impact on the entire city.

“I think that as a city council, it’s important to have a compassionate aspect to our job, it’s not always setting policy, but sometimes it’s leading our community in healing when you have a tragic situation like what happened with Aris,” Jones said. “His family has been grieving, our community has been grieving, and this is a small step…reminding people that we lead you with our hearts and show that we care about you, and that’s a really important part of government that can’t be set aside.”

According to Jones, Keshishian, who lived in the Stone Canyon community just south of Discovery Lake, often traversed the trail around the lake during his lifetime. Jones said the trail’s name was well-suited both in both honoring the deceased and in emphasizing the gratitude that local residents feel for living in San Marcos.

“Naming the trail in this way both provides a long-lasting memory of Aris for his family and friends and reminds people of the fortune that we have to live in the community of San Marcos…I feel like this says a lot about our community, that we want people here to be both united and grateful,” Jones said.

Councilman Ed Musgrove echoed the mayor’s comments, expressing that the 20-year-old’s death had united San Marcos both in shock at the crime itself and the community rallying around Keshishian’s family in the aftermath of the tragedy.

“Tragically, this young man brought together our entire city and this entire region once the story broke about what happened,” Musgrove said.  “It really brought our community together and got us thinking about what we are doing with some of the negative aspects of social media and how we need to really look after our young adults, just the things we need to consider in keeping our community safe.”

Councilwoman María Nuñez was the sole dissenting member of the body in declining to approve the resolution. Nuñez said that she voted no because of her concerns that the resolution to name the trail had not followed proper council policies and procedures in place when it comes to naming or renaming public spaces.

Specifically, she said that the application submitted for the proposal had not been first considered by the city’s Community Services Department, the body that the council’s policy recommends to review such proposals.

Additionally, the councilwoman said that she was not sure of the connection between this specific situation and the criteria that applications to name public spaces must meet in order to be approved.

“This event is such a loss, I can’t imagine what the family is going through — it’s a loss for the city and a loss for the family, but for me…we didn’t follow our own policy here… and also I didn’t see what the connection was between this family and this individual to this prominent space for our city and for our parks,” Nuñez said.

Keshishian passed away in August after being attacked and stabbed to death outside of his home on the 1100 block of Via Vera Cruz while walking his dog in the neighborhood.

Kellon Razdan, 20, an elementary school classmate of Keshishian, was subsequently arrested in connection with the murder. Authorities have not publicly stated what motive Razdan may have had for the alleged attack.

Razdan, who has pled not guilty to first-degree murder, has remained in custody since his arrest and has a preliminary hearing in the matter has been set for Feb. 28, per the San Diego County District Attorney’s Office.

According to a GoFundMe page set up by Keshishian’s father in the aftermath of the tragedy, “The attacker was an elementary school friend who premeditated Aris’s murder and caught him in his most vulnerable moment. According to the medical examiner, Aris was viciously stabbed 46 times as he tried to defend himself.” His last words, the page reads, were “Tell my mom I love her.”

To date, the GoFundMe campaign has raised $97,630 so far in Keshishian’s memory.