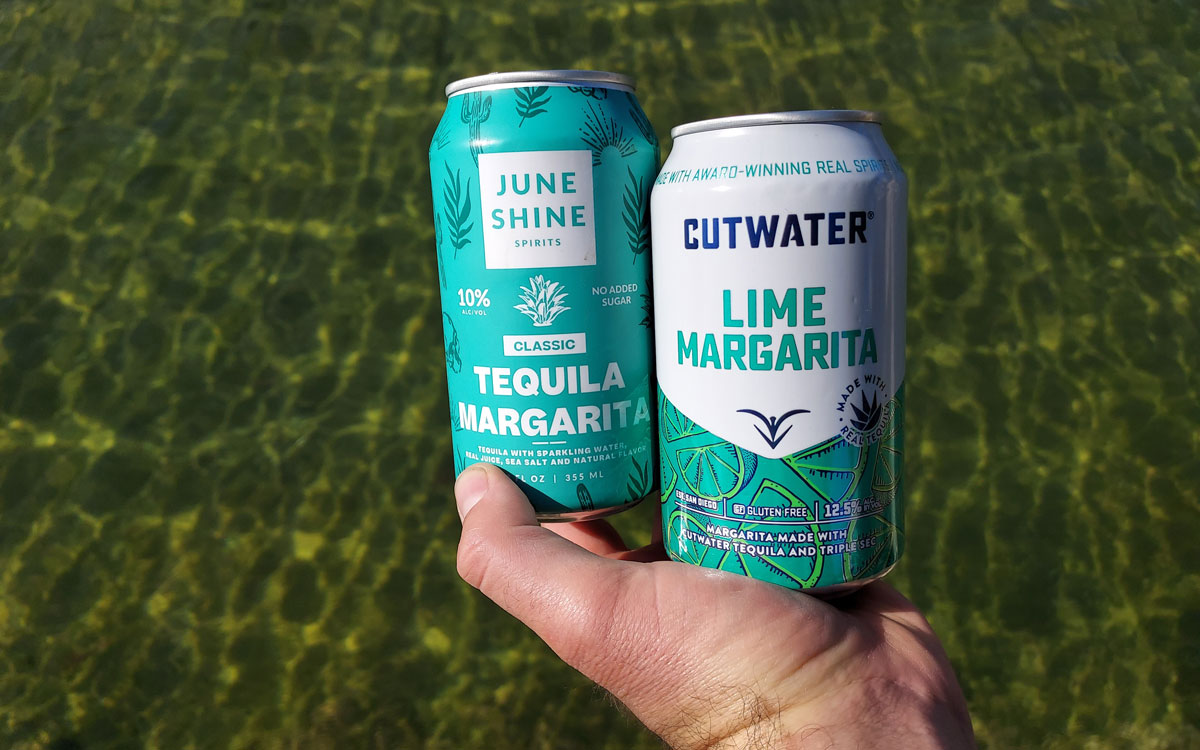 The days of flamboyant bartenders lighting fires and wasting booze are long gone. Today, customers can sidestep the theatrics and bring home a canned cocktail. Photo by Ryan Woldt

The movie title is, “Cocktail,”* not, Cocktails. Don’t worry. I’ve been saying it wrong for 35 years, too.

The main character wants to be a businessman, but like so many entrepreneurs before him, he finds himself on one side of a three-foot slab bartending for thirsty New Yorkers.

It isn’t long before a bartending mentor, Coughlin, starts teaching him the tricks of the trade. Flair bartending takes center stage for long montages of bottles being flipped, fresh fruits being squeezed, hips shaking, and more longing looks across the bar than my Grandpa could shake a stick at.

I was most certainly too young to have watched the movie, but when I did, I was pretty certain bartending like Tom was likely in my future. That movie, which has many, many faults upon rewatching in 2022, still made a point to showcase an unlikely hero—the craft cocktail.

It is important to note here that Tom Cruise’s character is a terrible bartender. I watch that movie now, after decades in hospitality, and see so much waste. Flair bartending is the worst! I hate seeing the booze being spilled, fruit being thrown, and customers being ignored so the bartenders can preen and dance. It hurts my heart, and the poetry, oh my, the poetry.

What he (and Coughlin) did have was charisma, style, and the ability to mix a drink. Add a little bit of this, a splash of that, squeeze in a little of this, and out of it comes some sort of magical elixir that made people.

The first known cocktail recipe book was published in 1862, and ever since, home bartending enthusiasts have been trying to recreate their favorite drinks at home — until now. Now we have RTDs or Ready to Drink cocktails. They are primarily canned.

A relaxing of liquor laws during the pandemic’s earliest days** also enabled the sale of premade cocktails to go by any licensed bar or restaurant and offered consumers the experience of taking their favorite bartender-made drinks home or to the beach with them.

The growth of RTDs has been more than exponential. The current RTD market estimates put sales at more than 19 billion dollars annually, with 11.6% growth anticipated for the next ten years. That is a lot of cocktails.

I have a fairly extensive liquor cabinet and plenty of shakers and shot glasses at home, yet the most complicated drink I ever really make is bourbon Manhattan or a Screwdriver. Even margaritas seem like a real pain to make at home. Luckily, now, I can just go and buy one, crack the can, and take a sip.

JuneShine Hard Kombucha recently added “And Spirits” to their website’s banner and a new line-up of canned, premixed cocktails to their product line. Earlier this week, the Margarita Fairy left a few cans of JuneShine’s Classical Tequila Margarita in my refrigerator.

Each can include two shots of tequila (it doesn’t say what kind), sparkling water, orange, lime, and sea salt. There is very little sugar, and it is less than 100 calories, but it packs a punch at 10% ABV.

On a recent sunny day, I took the kayak down to the Agua Hedionda Lagoon for a paddle and a cocktail. I shoved off and let the tide push me towards the salt marsh and a waiting pelican. Pelicans are huge up close.

I opened the canned margarita. No bartender flipped any bottles spraying the crowd with tequila. No handsome bartenders with the rolled-up sleeves on their loose-fitting button-downs made overtly sensual eye contact with me while they squeezed a full lime into a shaker. Nobody screamed a drink order over a thumping soundtrack of ’80’s bangers.

There was just a light breezed, the sun on my neck, the sound of lapping waves and the white noise of the highway, and a cocktail in a can in my hand. I took a sip. Well, I’ll be. That tastes just like a vacation margarita. It was more alcoholic than I might make. The orange juice is a nice touch.

I leaned back in the kayak and closed my eyes, letting myself be transported to a beach bar cabana in Jamaica. Brian Flanagan is behind the bar. I take another drink. The illusion is almost complete, but something is missing.

I tap a few buttons on my phone until I find what I’m looking for—the Cocktail Soundtrack. I press play. “Here’s a little song I wrote. You might want to sing it note for note. Don’t worry, be happy…”***

*I listened to the “Cocktail” soundtrack on repeat while writing this column. It holds up.

**It has been more than two years since the State of California declared the pandemic a State of Emergency drastically impacting how we commune and drink fine beer and spirits. Happy Anniversary.

** “Don’t Worry, Be Happy” was written by Bobby McFerrin and featured on the Cocktail soundtrack. It reached #1 on the Billboard charts in September 1988 when it bumped “Sweet Child o’ Mine” by Guns N’ Roses. Your weekend guide to March Madness