A Sacramento Superior Court judge has ruled that Melanie Burkholder misrepresented herself as a medical doctor. Courtesy photo

REGION — The race for the 76th District in the California Assembly is already becoming heated.

Carlsbad Republican challenger Melanie Burkholder’s candidate statement designation was challenged by Caitlin MacMillen, a primary care physician at the University of California San Diego, regarding Burkholder’s declaration of being a “doctor.”

On Dec. 26, 2019, a judge in Sacramento Superior Court ruled Burkholder misrepresented herself as a medical doctor. As a result, Burkholder’s candidate statement will list her as business owner even though she will continue to use the doctor (she holds a doctorate in Christian counseling) designation in campaign material, according to her campaign consultant Duane Dichiara.

Derek Humphrey, a campaign consultant for incumbent Assemblywoman Tasha Boerner Horvath (D-Encinitas), slammed Burkholder, saying she “purchased” a doctorate from an unaccredited institution and lied to voters about her qualifications.

“It’s somebody who has a $7,000 degree for a ballot designation is sort of misleading,” Humphrey said. “This is a woman who has gone on TV and talked about vaccinations and communicable diseases and she is referred to as doctor. There is an implication that she is a medical doctor and that’s simply not the case.”

Burkholder earned her degree in Christian counseling from the International Institute of Christian Counselors in 2016. Humphrey, along with the San Diego County Medical Society, took aim at the unaccredited institution and Burkholder identifying as a doctor.

Dichiara said the suit was a “sham,” noting the California Secretary of State and Registrar of Voters approved Burkholder’s designation. He said Horvath’s campaign is nervous about the election saying Horvath won on a fluke in 2018 after she defeated fellow Democrat Elizabeth Warren of Oceanside.

“We checked with them first,” Dichiara said of the state and ROV. “They thought it was fine and then it’s not, so, well what are you supposed to do? It’s probably the Democratic Party doing it. There is almost no reason to do this. She won on a fluke after all that Phil Graham stuff.”

Graham, a Republican, was falsely accused of sexual misconduct in 2018; lost the primary; and Kenneth Moser was fined nearly $10 million by the Federal Communications Commission for 47,610 unlawful “spoofed” robocalls containing false statements about Graham, a violation under the California Fair Political Practices Commission.

Humphrey said the San Diego County Medical Society released a strongly worded statement opposing Burkholder’s self-description saying there is no jurisdiction in the country where she could identify as a medical doctor.

According to numerous political insiders, challenging campaign statements is common and used to bleed money, time and other resources of an opponent.

In fact, the Kaufman Legal Group, which filed the suit on behalf of MacMillen against Burkholder, also filed suit against Oceanside Democrat Elizabeth Warren in 2018. She won the primary ahead of Horvath, but Warren told the San Diego Reader in 2018 the suit was orchestrated to take away her time and money.

MacMillen denied a request for an interview through a spokesman at UCSD.

“This one was a pretty egregious example and justified in its challenge,” Humphrey said. “I don’t think there is any connection between the two.”

Editors Note: An earlier version of this story incorrectly attributed a quote from Duane Dichiara to Derek Humphrey. The quote in question: “We checked with them first,” Dichiara said of the state and ROV. “They thought it was fine and then it’s not, so, well what are you supposed to do? It’s probably the Democratic Party doing it. There is almost no reason to do this. She won on a fluke after all that Phil Graham stuff.”  An earlier version of this story also stated that Derek Humphrey said Horvath’s campaign had nothing to do with either lawsuit mentioned in the story. Humphrey disputed this, saying that the lawsuits were simply not filed by their campaign. The Coast News regrets the errors and confusion. 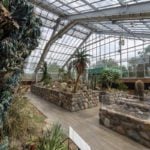 Small Talk: Once you go Mac …

It must be noted that Ms. Melanie Burkholder’s listed as : “LICENSE IS INACTIVE” on the CA Board of Behavioral Sciences, which is the Stae of California licensing body.

Therefor, anything she says which purports to have any founding in Mental Health Dogma is outside of the professional “Scope of Practice.”

I highly resent anyone purporting to be a qualified and properly trained mental health care provider who does not have a minimum understanding of proper, “Scope of Practice,” or adheres to proper advertising requirements as proscribed by the CA Board of Behavioral Sciences which states that ones full description of licensure or BBS number be PROMINENTLY disclosed in any material proffering one professional pedigree.

Licensees and registrants must include all of the following information in any advertisement:
1. Your full name, as filed with the Board; and
2. Your license or registration number; and
3. Your complete title, or an abbreviation deemed acceptable by the Board. Acceptable titles and abbreviations are as follows:

Her inferences of professional expertise are apparently greatly, and gravely, exaggerated; as well as misleading and potentially dangerous.

BEWARE of having anything to do with this person!

Kristine Wright, you sound like a paid shill for Boerner-Horvath and Lorena Gonzalez. Boerner-Horvath has done nothing since taking office and she undoubtedly lose her 76th seat. But here we go again, more lying and cheating and ginning up phony controversies in an attempt to steal another election.

How is this a “phony” controversy? the only thing PHONY would appear to be Burkholder’s “doctor” designation. So I guess we have here a case of projection, which seems to be contagious among a certain group or perhaps a certain party would be more accurate.

@JP– I think it was kind of Councilwoman Schumacher to lend Tasha her leading social media surrogates on these pages to shill for her.

Burkholder is obviously a dishonest person. We are all in agreement. But I want to point out a few facts that the public often gets wrong when it comes to higher education:

Unaccredited does not equal fake, substandard, or illegal. Every school starts out as unaccredited since there is a period of time in which a school must operate before most accreditation bodies will allow them to be eligible.

I also take issue with the article where a comment is made slanting against the price of the degree. Degree price is not the issue here, and only in the United States where we have overly inflated tuition costs would we even think $7000 is too little, but I digress.

Here is the REAL problem:

IIOC claims accreditation from ACI. ACI is a bogus accreditor that is not recognized by any government entity on planet earth, and any institution that claims accreditation by them has to be looked at with disapproval, because it’s not like it’s unknown that ACI is bogus. Being unaccredited is one thing, but claiming fake accreditation is the straw that breaks the camel’s back.

The unaccredited institution that gave Ms. Burkholder her fake PhD is no longer offering PhD’s in Christian counseling. In fact, when Ms. Burholder paid for this online PhD from ACS, a bogus accrediting institution. Even despite the lack of accreditation, the International Institute of Christian Counseling states on their website that “all degrees that will be provided by this organization are Christian in nature and restricted to the purpose of enhancing the Christian ministry of the individual and are NOT designed to used in the secular academic world. The State of California recognizes Ms. Burholder’s Masters Degree but not the PhD.

As a Carlsbad Citizen, Ms. Burkholder also ran for City Council here in 2016 but withdrew before the election. On the ballot sheet, her candidate statement included the phrase “Please vote for me, Doctor Melanie Burkholder, for Carlsbad City Council.” Clearly she has used her Christian degree outside the auspices of her church and continues to use it today in her run for State Assembly.

Is there any office for which this woman HASN’T run yet?