Point Loma’s New Lighthouse, built in 1889 to replace the Old Lighthouse atop the peninsula, served as the home of “Top Gun” commander Viper (Tom Skerritt) in the original “Top Gun” movie, from 1986. Courtesy photo

With the price of gas hovering at or above $6 a gallon, a staycation might be in your summer plans. Or perhaps you’ll be hosting out-of-towners because, after all, where better to come in the summer than San Diego?

Combine these reasons with the popularity of the recently released “Top Gun: Maverick,” and there’s good reason to check out some of the county’s sites where this blockbuster movie was shot:

The 500-square-foot cottage was the site of the love scene in the 1986 “Top Gun” between Maverick (Tom Cruise) and Charlie (Kelly McGillis). Accounts say that McGillis loved the house so much that she stayed there during filming.

Originally built a few blocks away as a vacation home, the beautifully renovated abode sits on the property of the Mission Pacific Resort.

The cottage is painted to look as it did in the movie, and on the inside: Top Gun memorabilia, including a refurbished Yamaha Kawasaki Ninja ZX900 Motorcycle like the one Maverick rode to see Charlie. Open noon to 8 p.m.; closed Tuesdays.

USS Midway Museum — Embarcadero, San Diego. “Top Gun” or no, this historic aircraft carrier, with its history and collection of planes and other artifacts, is one of the best museums anywhere.

Plan at least three hours to explore this 4,000-crew ship where, in May, Tom Cruise arrived via helicopter for a premiere event of “Top Gun: Maverick.”

Visitors gain a sense of what carrier life is like as they explore with audio devices galleys, sleeping quarters, control tower, engine room and four-acre flight deck. Volunteer docents who served on the ship are often present.

New Point Loma Lighthouse — Cabrillo National Monument. Many visitors who come to the monument at the end of the Point Loma peninsula fail to look westward over the side of the cliff and see the new lighthouse.

Built in 1889 on what is called Pelican Point, the house was used in the first “Top Gun” as home of commanding officer, Viper, played by Tom Skerritt.

The monument is also the best place to view Naval Air Station North Island, at the northern end of Coronado Island (not open to the public). Multiple scenes were filmed here.

The Point Loma perch undoubtedly offers the best views of San Diego and the harbor, too.

Aircraft maneuvers from North Island can be seen fairly up close at the northern end of Coronado Beach.

And while the bar at the naval air station is iconic, it was too small to accommodate all the filming equipment, so the studio built another on the base, using some of the real bar’s memorabilia.

Marine Corps Station Miramar — San Diego. Formerly Naval Air Station Miramar, the base is closed to the public, but attend the Miramar Air Show Sept. 23 to 25, and you’ll get a good feeling for the environment where the real Top Gun pilots once trained.

The Navy Fighter Weapons School has since moved to Nevada, but “Top Gun: Maverick” producers wanted to go with Miramar a second time.

A little closer to the ground … A huge stage in Temecula’s Old Town will be the site of the second annual Old Town Music Festival, which runs Saturday and Sunday. 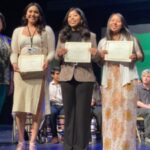 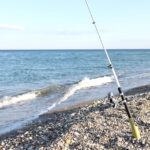 About the cost of a tank of gas