The Carlsbad City Council approved a statement regarding the protests stemming from the death of George Floyd on May 25 in Minneapolis. Photo by Steve Puterski

EDITOR’S NOTE: This article has been updated to clarify statements from Councilwoman Priya Bhat-Patel.

CARLSBAD — Just prior to three days of peaceful protests stemming from the death of George Floyd, the City Council approved a joint statement regarding racism and discrimination.

However, a passionate discussion emerged between Councilwoman Priya Bhat-Patel and Councilman Keith Blackburn during the council’s June 4 special meeting. The council had agreed to approve the statement and Bhat-Patel asked to include “the city stands in solidarity with black lives” into the copy.

Blackburn and Mayor Matt Hall both said they did not want to single out one group or organization when denouncing racism and discrimination. Bhat-Patel then asked for the “black community” to be added, but that motion failed.

City Manager Scott Chadwick then intervened and urged the council to approve a statement on June 4, as it was too important to wait until the June 9 meeting.

“It’s a very stressful and trying time,” he said. “I feel it’s incredibly important for the region.”

He suggested adding “our black community” to the language, which was agreed unanimously.

The statement reads: “Based on recent events, we stand with our black community in denouncing racism and all forms of discrimination. The very fact that we, as local leaders, feel compelled to make a statement like this today, in the year 2020, is evidence that words alone are not enough.

“Words must be backed by meaningful changes, large and small, individually and collectively, until we truly live up to the core principles upon which this country was founded.”

Nearly every speaker urged the council to stand with black lives and the black community.

The statement was in response to massive protests across the country after Floyd died May 25 while in the custody of Minneapolis police. Video footage of an officer kneeling on Floyd’s neck for nearly nine minutes went viral, sparking weeks of nationwide protests. Some demonstrations included riots and looting.

The three days of protests in Carlsbad were peaceful and the police reported no incidents of violence.

Bhat-Patel, the person of Indian descent to be elected to the City Council, was steadfast to include “black lives” and said her discussions with black residents drove home the statement.

“We have a chance to stand beside them,” she said. “We have students who feel they don’t feel like they belong. We have that opportunity to stand with others globally and around the United States. I know it’s a difficult conversation for us to have.”

Blackburn said he was uncomfortable with singling out one group that has been discriminated against. He noted there are people who face discrimination for their sexual orientation, religious beliefs, mental challenges and other racial backgrounds.

Hall echoed those comments, saying the Latino and Hispanic populations in the city have been discriminated against, adding that the Latinos helped build Carlsbad.

“It has to be more inclusive,” Blackburn said. “There are other people. I will support it, but it can’t call out against one group of people that are discriminated against and one organization. To call out specific people, I just can’t do that. I don’t disagree with anything the other council members have said.”

Another disagreement was the language of “black lives.” Bhat-Patel stressed to the two it did not represent the “Black Lives Matter” movement, but rather acknowledged the black lives lost to police brutality and who’ve suffered at the hands of systemic racism throughout the history of the country.

In the end, a compromise was reached and the statement was released. FEMA to distribute more than $1 million to San Diego County 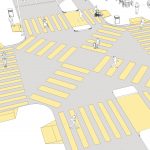 Let me see. Hall and Blackburn voted against standing with the sanctuary cities. That was basically against a particular group. Now when it suits their argument they go the other way. Sound familiar? Gotta keep their base happy.