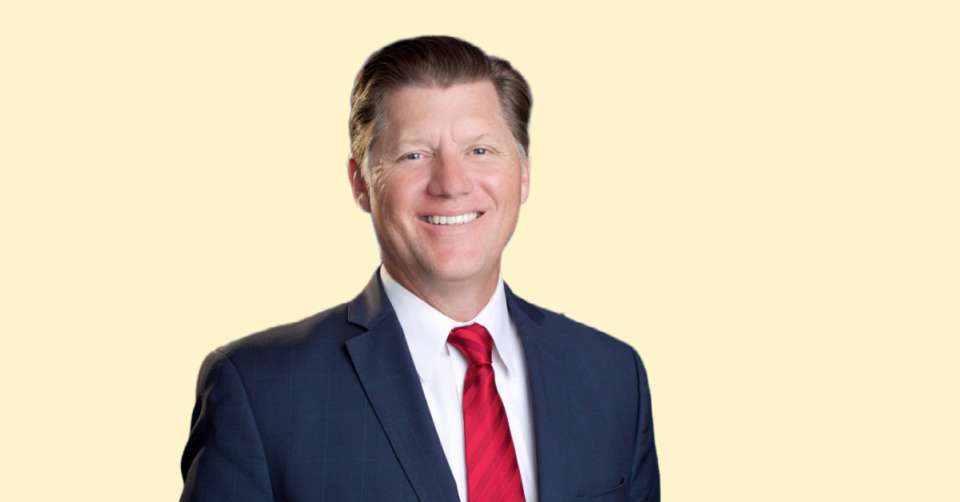 REGION — In an in-depth interview with The Coast News, incumbent State Sen. Brian Jones discusses a range of issues amid his re-election campaign for the newly drawn 40th State Senate District seat.

Jones, a former Santee City Councilman, warned the state is facing a number of daunting challenges, such as homelessness, housing and eroding local control — all of which impact a city’s ability to effectively and efficiently plan for its future.

Jones said the weaponization of the California Environmental Quality Act (CEQA) is rampant and in need of reform. Additionally, the long-time Republican has also championed lower taxes and is opposed to the Democrats’ plan to increase the gas tax this summer.

Jones, along with his opponent, Democrat Joseph Rocha, face off in the June 7 primary election, although it is ceremonial since they are the only two candidates in the race. The two will go head-to-head in the November general election.

Jones said the issue of local control was one of the reasons he decided to run for the California State Assembly in 2010, serving until 2016. As a member of the Santee City Council, Jones said the city was financially healthy coming off the Great Recession, but Sacramento kept interfering.

Jones explained that tons of bills flood the legislature every year impacting schools, cities, fire districts and “every level of government.” According to Jones, Sacramento politicians want to run all aspects of the state, which isn’t possible and has had negative impacts.

“A lot of cities are rightfully irritated by it,” Jones said. “Sacramento should have incentivized the municipalities to restructure their ADU (accessory dwelling unit) regulations to make it easier. Not force them to add as many units as the state wants to be added.”

Another challenge for local cities is undeveloped land and proposed large-scale projects. Santee, for example, has 2,700 undeveloped acres, which once had a plan for 18,000 units, Jones said. However, the number has been cut to 3,000 and anti-development environmental groups have reportedly thrown up roadblocks.

Arguably the most pressing issue in the state, second only to California’s water issues, is homelessness. The state has allocated $12 billion over the past three years and another $3 billion for the next two years to tackle the issue, according to various reports. The state, and a number of local municipalities, have pressed forward with “Housing First” while often yielding mixed results, according to media reports.

Jones said one of the biggest issues surrounding homelessness has been the passage of Assembly Bill 109, a prison realignment program; Proposition 47, which turned some non-violent felonies into misdemeanors, and the easing of parole requirements for non-violent felonies under Prop. 57.

As of January 2020, more than 160,000 people were homeless in California, with an estimated 70% of the homeless population either seriously mentally ill or addicted to substances, Jones said compassion must be part of the solution.

“A lot of them could be well if we could get them into treatment,” Jones said. “It’s not compassion to continue to allow somebody to live on the street in squalor and filth and disease without giving them the appropriate services available to them. And sometimes, that is going to require compelling them to get the treatment they need.”

Jones said those addicted to drugs or suffering from mental illness cannot make clear decisions to improve their situation. Accordingly, a number of bills are before the California legislature seeking to redefine “gravely ill” and allow law enforcement more latitude in handling the homeless.

Jones said he is excited about the concept of Gov. Gavin Newsom’s CARE Court to provide mental health and substance abuse treatments, along with strengthening conservatorships. However, Jones said he is wary of the Newsom administration, noting that the “devil is in the details.”

Jones said the whole picture must be considered, noting drug use has often been shown to accelerate mental health issues. Also, Jones said criminalizing low-level drug offenses with the option of prison or treatment should also be on the table.

“That used to work,” Jones said. “There are people who have testified. The Republican caucus has worked together on a package of bills called the ACT Program. Accountability, compassion and treatment, giving mental health officials, country officials and law enforcement the tools they need to have a positive impact on the homeless situation.”

The Coast News spoke with Jones on May 11 when the state’s projected surplus was $68 billion, or about 25% of the current budget, which means the state has over-collected by about $1,700 per person and at least $6,100 for a family of four, according to Jones,

However, late last week, the Newsom administration released a new surplus projection of $97.5 billion, which increased that rate to $2,500 per person in the state.

“What would you do with $6,100?” Jones asked. “I can guarantee you every Californian can immediately answer that question. They have a $6,100 need in their household.”

Jones said the debate does not center on how to return it to taxpayers, but on how to spend it. Jones said the spending spree is to avoid the Gann Limit, which limits the state’s spending to 1978-79 levels but allows some growth based on population and personal income. Based on this spending law, Newsom has proposed the California Comeback Plan to provide stimulus payments for a majority of taxpaying residents.

“However, there’s a provision in the limit that says if the state is operating in an emergency, and the pandemic itself would count as an emergency, the state can remove all of the funding that it is using to spend on responding to the emergency from the equation that generates the limits,” Chris Hoene, executive director of the California Budget and Policy Center, told ABC 10 in Sacramento.

Jones questioned the neverending trap of taxes and regulations that make it difficult to live in California. For Jones, the tax burden is too heavy and he does not support the state’s proposal of a vehicle mileage tax, similar to the one proposed by the San Diego Association of Governments.

As for regulations, Jones again attacked CEQA — signed into law by former Gov. Ronald Regan — and noted at least a dozen bills seeking specific exemptions from the environmental statute.

Jones said the massive number of lawsuits using CEQA as the mechanism is now called “greenmailing,” a reference to blackmail. According to Jones, once a developer hands over the proper amount of “extortion,” only then a project can be built — slowing down projects and adding considerable costs. While sports arenas and stadiums consistently receive CEQA exemptions, other projects get hamstrung in the process.

“Why don’t we overhaul CEQA and make it workable for everybody,” Jones said. “That’s my frustration. We, my Republican colleagues, we can’t get our Democrat colleagues to go along with a full CEQA overhaul.”

It’s no secret the state is in a housing crisis and recently the median home price in San Diego County reached $1 million. Residents and elected officials both have long complained about the soaring costs and the inability of lower-income and middle-class residents to enter the market and climb the housing ladder.

Jones said there is a positive movement regarding housing such as infill development across the county. However, he said developers aren’t building because it takes “forever” to get approvals, land costs and labor and material costs have increased exponentially.

Jones, again, said reforming CEQA and zoning laws are priorities along with working with developers to incentivize or remove government from the process. He said there is plenty of land in California and more should be opened to increase the housing stock.

Also, he said downsizing is an issue for seniors or those who have retired, so building more of those communities will help open the stock.

“I’m not saying anything for the government to compel to that to happen,” Jones explained. “I’m saying to create the situation to find the market where people want to do that.”

Jones said CEQA litigation is another reason for high housing costs. He railed against those lawsuits and threats of litigation saying the project, inevitably, will be built and the lawsuits add nothing to those projects.

As for the environment, the state has aggressively pursued policies to lower greenhouse gas emissions, including the goal of reducing GHGs by 40% by 2030 and 80% by 2050.

One way has been for Democrats to push more mass transit projects, notably, SANDAG’s $172 billion 5 Big Moves, which seeks to invest in transit, mobility and technology across the region.

Jones praised San Diego County for its water conservation efforts, as the county has not had to implement drought restrictions. Most of the state is under orders to cut consumption by 15%, but urban water usage is up 19%, according to media reports.

While he acknowledged California has led the globe on environmental protections and has set a lot of good examples for the world to follow, Jones said “we’re at the law of diminishing returns,” waiting for the world to catch up regarding emissions, ocean pollution and recycling.

Jones pointed back to Prop. 47 increasing the petty theft threshold to more than $950 before being charged as a felony. Meanwhile, burglaries and “smash and grab” thefts involving organized criminal rings have skyrocketed recently, according to multiple media reports.

According to Jones, law enforcement has expressed frustration toward state legislators for eliminating tools that help them perform their duties more effectively.

“(Police) give (offenders) a misdemeanor citation,” Jones said. “And they’re not showing up to court. They’re blowing it off. We need to make crime illegal again.”

Jones also put forward a bill regarding catalytic converters, which have exploded over the past two years. Making matters worse, insurance companies often do not cover the thefts and leave the victims to pay about $2,000 to replace the state-mandated devices. However, Jone’s bill died in committee.

Also, Jones said he is vehemently against placing sexually violent predators into local neighborhoods, saying the state must figure a way to prevent them from living near children and families.