CARLSBAD — The Carlsbad Educational Foundation is hosting its first-ever gala next month, looking to expand its role as the biggest private financial supporter of the Carlsbad Unified School District.

And the local nonprofit organization will have some help from cult-favorite musical act “Super Diamond,” the famous Neil Diamond tribute band, which headlines the May 21 gala at the Omni La Costa Resort & Spa.

The gala will be the foundation’s first in-person event since the pandemic began two years ago and also a way the nonprofit can streamline fundraising to benefit students in the district, according to Laura Pitts, CEO of Carlsbad Educational Foundation.

The event will also honor J.R. Phillips, the former chairman of the group’s board, who helped double their fundraising efforts and led the organization to new heights even as the pandemic pummeled the district.

“What I really like about the gala is all the attendees that come are going to walk away with a stronger understanding of our mission,” Pitts said. “It will be an entertaining event and also one that can have a huge and immediate impact on the 11,000 students in the district.”

The organization, which was founded in 1983, has been a fundraising arm and support system for Carlsbad Unified for decades. Phillips, who left the board last year, said over the past seven years, Carlsbad Educational Foundation has nearly doubled its fundraising from $500,000 to $1 million per year.

The local group offers 40 programs, including Kids Care, an onsite before-and-after school program that has been “massively profitable” for the nonprofit, which gives every dollar of profit to the school district. Additionally, Phillips said the board and staff have listened to parents, students and district officials, allowing Carlsbad Educational Foundation to better tailor its programs to meet the community’s needs.

Another program, Science Lab Supercharge, donates money to middle school teachers for consumable materials. According to Pitts, the group has helped increase funding exponentially — from $0.66 upward to $10 per student.

One of the organization’s future goals is to streamline its fundraising efforts to help the community better understand the foundation and its mission, starting with its first-ever gala.

Prior to booking the band “Super Diamond,” Phillips said the advice was to “go big” when selecting a musical act to sell more tickets to the event. The San Francisco-based group will perform Neil Diamond classics, including “Sweet Caroline,” “America,” “Cherry Cherry,” “Song Sung Blue” and “Forever in Blue Jeans.”

The gala will feature both silent and live auctions, a special student performance and a surprise “grand prize.” 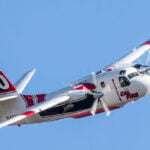 Steve Puterski covers Carlsbad and Vista. He is a graduate of Colorado State University and has been a journalist for nearly 20 years. For tips or story ideas, contact him at [email protected]coastnewsgroup.com and follow him on Twitter @StevePuterski.