Despite calls from parents and students during the April 22 meeting for a plan to be made in regards to distance learning, the board opted to wait for further guidance from the state as to their requirements.

The current plan for the district is to have the base model for instruction be in-person and five days a week.

“We believe that’s going to be consistent with where the state was at last June with SB 98 in maximizing in-person instruction,” Superintendent Robert Haley said. (On Tuesday, the district announced that Haley was stepping down effective Friday, April 30.)

State Senate Bill 98 was passed last June and said that school districts must offer in-person instruction and may offer distance learning for two reasons, as a result of an order from a state or local health official, or if the student has a health exemption or is quarantining due to an exposure to COVID-19.

The district does not plan on having a model where in-person and distance options will be offered simultaneously as it has during the ongoing COVID-19 pandemic.

“We are not planning on a concurrent model. We may use some of the technology we have as we’ve heard in many creative ways,” Haley said. “However we are planning on teaching students in-person, in a classroom, on campus.”

It is important to note that the state has yet to make a decision on guidelines for distance learning in the coming school year.

The district does have plans to create a temporary distance learning model for those students who need it as defined by SB 98, but Haley says anything of that nature would be temporary as the district believes “very strongly in our instructional model being on campus.”

Those who spoke during the public comment portion of the meeting who oppose the current plan moving forward worry that it could result in more teacher losses. The district has lost 35 certificated staff members, including teachers, during the pandemic. CEA hopeful County Board of Supervisors will join 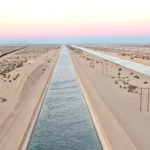 Colorado River water use not price-moderated, despite drought