For the first time since 1814, the United States Capitol Building was breached by an angry mob. More than 200 years ago, it was British troops. This time it was domestic terrorists, inspired and encouraged by President Donald Trump.

As I write this on Wednesday, I am sheltering in the Capitol Complex just like every other member of Congress and members of their staff.

I started the day prepared to uphold my oath of office — an oath I took this past Sunday at the launch of the 117th Congress to “support and defend the Constitution of the United States against all enemies, foreign and domestic.”

I planned to uphold that oath by voting to certify the results of the Electoral College, and we will soon get back to our work and certify Joe Biden and Kamala Harris as our next president and vice president. We will do that work thanks to the efforts and bravery of the Capitol Police and other law enforcement agencies who have intervened.

While there will be many questions about how this security breach occurred, I am incredibly grateful for the men and women who risked their lives to keep us safe.

As for the domestic terrorists who sought to overthrow our democracy, they must be prosecuted. Their leader must be removed from office as soon as possible and their enablers in Congress must be held responsible for their role in this catastrophe.

Despite 81 million votes for President-elect Joe Biden and Vice President-elect Kamala Harris, multiple recounts, and more than 60 failed lawsuits challenging the election results, many of my Republican colleagues followed Trump’s lead and pushed outlandish conspiracy theories and baseless claims of voter fraud without any evidence, entirely void of reality.

Many congressional Republicans are seeking to overturn the results of a free and fair election because they don’t like the results. They didn’t realize — or didn’t care — that their actions could result in a violent coup attempt. That’s exactly what happened Wednesday.

The question now is a vital one: Where does our country go from here?

For many decades, we have had passionate but peaceful political disagreements — a shining beacon of democracy. We Americans do not support insurrection or mob rule. In short, we are so much better than this.

We are now at a crossroads in our great nation’s history, a moment where we see two divergent paths in front of us. We can continue down a path of hyper-partisanship, divisiveness and democratic decay, or we can try to heal our country.

We can come together to reject the violence we saw Wednesday and recommit to upholding the values that unite us as Americans: democracy, justice and equality. It is paramount that we choose the right path.

To my colleagues who insist on continuing this charade, please understand that your actions will be remembered as among the most shameful in our nation’s history. Generations of Americans to come will learn of your attempt to undermine the democratic institutions our country was founded upon.

To those other colleagues — Republicans and Democrats alike — who will uphold their oath of office and help lead us down a better path, thank you for defending our democracy. Our Constitution must never be taken for granted.

We must continue to support and defend it every day, as our oath demands. I am proud to serve alongside you, and I look forward to addressing our nation’s greatest challenges with you in the months and years ahead. 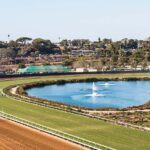