Marcos Ramirez’s “Of Fence” is seen on the facade of the Oceanside Museum of Art. The public art piece is part of the UnDocumenta exhibit that runs through January. Photo by Collette Murphy Stefanko

OCEANSIDE — The UnDocumenta exhibit hits you as soon as you approach the Oceanside Museum of Art. “Of Fence” by Marcos Ramirez, known as ERRE, is installed on the front of the museum building.

The faux border wall made of rusted corrugated metal and rope escape ladders, combined with words about America by Langston Hughes represents the challenges and hopes of immigrants.

The exhibit shows the public art projects through photos, videos and finished works.

Alessandra Moctezuma, exhibit curator and professor of fine arts at Mesa College, is steeped in the history and impact of Latino art.

Moctezuma said the UnDocumenta exhibit comes from a personal place for her and the artists.

She added she hopes to create a dialog with the exhibit.

“He’s a sculptor who inserts his work into urban environments,” Moctezuma said. “He works outside and often does large pieces.”

“Of Fence” reflects the impact the daily view of the “ugly” and inhumane border fence had on ERRE growing up in Mexico.

Additional works by ERRE are part of the exhibit.

Photos and videos share the work of Claudia Cano.

Cano is a performance artist who takes on the persona of Rosa Hernández, a typical cleaning lady who does not speak English.

Photos show Rosa sweeping sidewalks in crowed museums, a La Jolla beachfront park and at the San Diego, Tijuana border. The photos illustrate the lack of other people’s interaction with her.

“She is bringing awareness to invisible workers and migrants,” Moctezuma said.

Art critics say Cano’s goal is to engage viewers and broaden their understanding of immigration.

The video shows her painting the Mexico side of the border fence white to blend in with the sandy beach behind it.

In the video Fernández wears a dress and heels as she goes up and down a ladder to paint. Her attire reflects societal constraints women face.

Fernández immigrated to the U.S. to study and build her career. She sees the border as a sign of possibility, but also a violent barrier.

De La Torre immigrated as a child to the border town of Laredo, Texas. Growing up she witnessed injustices immigrants face and how the Rio Grande River acts as a painful divider of people.

The complete set of photos from the 365 days is posted as a social media art project #todoslosdias.

Other artists included in the exhibit are Dominic Paul Miller and Omar Pimienta.

Santa is coming to Oceanside by boat, train and fire truck 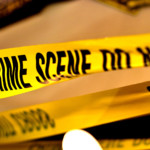