The Refuge, located in Escondido, is a group home for underage victims of sex-trafficking recently opened by Children of the Immaculate Heart, a San Diego non-profit. Photo via Facebook

ESCONDIDO – After a years-long legal dispute with the state, a San Diego non-profit that helps victims of sex-trafficking is moving forward with its new group home for underage victims called “The Refuge.”

Children of the Immaculate Heart (CIH), a local ministry that serves women and children who are vulnerable due to human trafficking, already had already been running a housing and rehabilitation program for adult victims of sex trafficking and their children.

When they tried to open a second home specifically designed for minors, they were met with pushback from the California Department of Social Services over licensing issues. The state was concerned with the ministry’s “Christian Mission,” prompting the organization to file a civil rights lawsuit in State Court.

Grace Williams, who founded the Catholic organization in 2013, told The Coast News that CIH was told that their mission statement, which focuses on “restoring all things in Christ,” was offensive.

CIH was told that they must also support programs and activities that go against their religious beliefs about sexual orientation, contraception and abortion.

The organization maintains that they do not discriminate, however, they will not actively participate in these programs and activities.

After a couple of years of negotiations, the licensing issue was resolved in mediation in March 2020, and Children of the Immaculate Heart finally received their license in June.

Meanwhile, CIH almost lost the home as the owners put it up for sale during the licensing dispute. Fortunately, they managed to raise the necessary funds to cover the down payment to purchase the facility themselves.

“When God entrusts you with a mission for souls, there’s no price that’s too high to pay for that,” Williams said. “Working with these kids every day is so worth it.”

The Refuge, located in North County, began operating in September and will serve as a short-term residential therapeutic program for formerly trafficked foster youth and probation youth.

The facility houses up to 6 girls at a time from ages 12 to 17 and provides an onsite therapist and mental health services, onsite chapel/mass, academic and life skills and round-the-clock care. 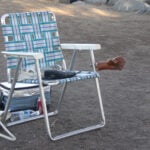 Task force on the homeless to explore link between health, homelessness