Gabe Rebelo is a cherished longtime board member of the Encinitas Chamber of Commerce. You may know him as the owner of local Encinitas print shop and community hub, Minuteman Press, but the Chamber knows him as a fascinating member who has brought so much to our local community.

Gabe grew up in Johannesburg, South Africa during apartheid. His family owned a Jiffy Print shop in South Africa for 30 years. After one of his daughters went to a ballet summer camp in Santa Barbara in 2010 and was asked to be the lead of the professional ballet company, he and his wife Marcia, with their three children, decided to immigrate to the United States in 2012 with a L-1 Visa (intercompany transfer). They bought a small printing and copy business in Encinitas called Minuteman Press, and were told to join the local Chamber of Commerce by their immigration lawyer.

“The Chamber actually helped us gain our U.S. citizenship by writing a letter of recommendation to the Immigration Authorities,” he said. “I joined the chamber in 2012 and became a board member in 2013 after working on my first Oktoberfest!”

“Being a member of the Chamber has been an integral part of my business. Networking and getting to know other business owners is good for the community and good for our own businesses.”

After opening the Minuteman Press shop from 8:00 a.m to 6:00 p.m. every day for 10 years, Gabe recently decided to sell and get back to his other passions.

“I played top flight soccer for many years, then coached soccer for a group of 16-18 year-olds in South Africa. I was able to get the majority of them to the U.S. on full soccer scholarships. I’m excited to get back to helping kids and coaching soccer again. I still plan to continue to do printing and promotions as a consultant.”

As far as his perfect day in Encinitas, “Well that would be Oktoberfest, of course! I’ve really enjoyed printing all the signs and banners and putting them up – it’s just a good time to volunteer, roll up your sleeves and be a part of this wonderful community. Plus I can’t get enough of the Bavarian Oompah Band!” 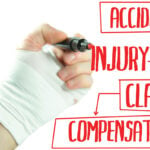 Dangerous property conditions that can cause injury