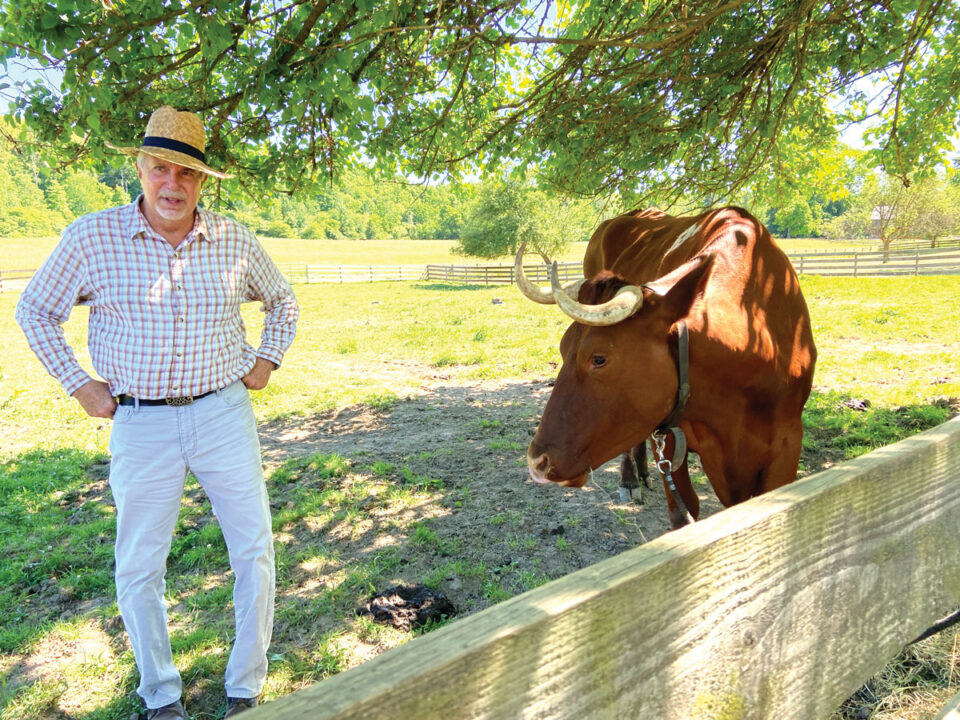 Mick Moran, a retired biomedical engineer, volunteers to care for the oxen at the Hale Farm & Village, a living history museum about 30 miles south of Cleveland. An ox is not a species; it is a castrated male bovine that is usually trained in pairs to work the farm. “They became obsolete with new steel plows,” Moran says. Photo by Jerry Ondash

In this era of specialization and instant gratification, a walk around the historic Hale Farm & Village, about a 40-minute drive south of Cleveland, is a lesson in patience and the skills it took to survive two centuries ago.

Ohio pioneers couldn’t order that new shirt from Amazon. They not only had to make the shirt, they had to raise the sheep, shear the sheep and clean, spin and dye the wool.

Similar labor-intensive efforts were needed to make their houses and everything in them — dishes, cutlery, cookware, bedding and tools. Glass windows were a rare luxury, and everything they had to eat — and sometimes it wasn’t much — had to be grown and processed.

Visitors can get a firsthand feel for life in the early 19th century at this living museum, located within Cuyahoga Valley National Park and owned and operated by the Western Reserve Historical Society.

The society is so named because, after the Revolutionary War, the area was known as the Western Reserve and actually was part of Connecticut. The reserve eventually became several states, including Ohio.

“We’re not just talking about life in the past; we are demonstrating it,” says museum Education Manager Joe Skonce, who has agreed to give us a tour around the property and buildings. “We are making history a little bit more relatable.”

Visitors to the Jonathan Hale Homestead, listed on the National Register of Historic Places can watch craftspeople spin wool, blow glass, throw pottery, raise chickens, tend the sheep and two oxen (Burt and Eddie), and in the dead of winter, tap some of the farm’s 200 maple trees to make syrup and sugar.

The Hale family and farm workers “kept the fires going 24 hours a day for two to four weeks,” says Skonce, standing in the 100-plus-year-old sugar house. “It took 40 gallons of sap to make just one gallon of syrup. Some of the farm’s sugar maples have been tapped every year for 200 years.”

Skonce takes us around the 90 acres that remain of the Hale Farm’s original 500. The property is defined by two eras: the West Side, with original buildings that belonged to four generations of the Hale family from 1810 to the 1920s; and the East Side, populated by preserved and renovated buildings brought in from nearby areas.

These buildings represent life in the 1840s — after the Ohio and Erie Canal was built. The canal brought settlers from subsistence levels to relative luxury.

“The houses on the East Side showcase the effect of the canal,” Skonce says. “Now the settlers could be connected to markets, both to buy goods and sell them. The canal brought wealth and great change to Ohio. It greatly increased the population, and Ohio became an economic power.”

The interiors of several of the East Side houses demonstrate the changes that the canal rendered. Wallpaper, carpets, fabrics and manufactured furniture tell of the growing wealth and diversified enterprises that were possible because of the Ohio and Erie Canal, which went south from Cleveland and eventually connected Lake Erie with the Ohio River. As a result, by the 1860s, Ohio was the third-most populous and third-richest state in the country.

Working at the museum for the last seven years, Skonce says, “really gives us a chance to showcase history in a different way. The pioneers learned skills and they had success, triumphs and struggles. (This museum) creates a tactile connection to the past. It’s awesome to watch a kid and families have those ah-ha moments and see kids get excited and engaged. We make history obtainable.” Ensuring profitability is in the cards 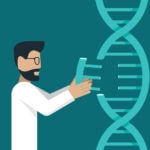