DEL MAR — In a joint statement released during a Del Mar City Council meeting on Wednesday, the City of Del Mar, along with City Manager Christa “CJ” Johnson, announced Johnson would be leaving her role with the city effective immediately.

“The city council would like to express its appreciation to Ms. Johnson for her hard work and dedication to the residents and employees of the city of Del Mar during a challenging and difficult time for the city,” the council said in a prepared statement.

No further details were given on the nature of the departure.

The news comes one week after Johnson was placed on paid administrative leave following two separate closed session performance evaluations at the beginning of February.

Del Mar Mayor Terry Gaasterland also thanked Johnson for her time with the city in a prepared statement.

“I know that I speak on behalf of the entire city council when I say she will be successful in her future endeavors. We wish her well,” Gaasterland said.

The agreement included a mutual release of all claims between Johnson and the City of Del Mar, payment of accrued sick leave of $24,880.39, payment of up to $7,000 for attorney fees for Johnson and a transfer of Johnson’s laptop after its memory is wiped and it is restored to factory settings.

In closed session the council voted unanimously to appoint Director of Administrative Services Ashley Jones, already serving as interim city manager during Johnson’s paid leave, to serve as city manager for the next six months as the council considers a permanent replacement.

Johnson had just begun her term in the position in February 2020 after replacing long-time city manager Scott Huth. 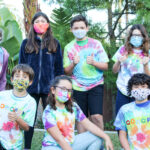