Oceanside recently held a grand opening for its new Green Oceanside Kitchen, a 1,700-square-foot commercial kitchen in the El Corazon Senior Center. The kitchen is designed to reduce food waste in the city. Photos by Samantha Taylor

OCEANSIDE — A brand new “green” kitchen opened its doors in the “heart” of the city last weekend.

The El Corazon Senior Center is now home to the Green Oceanside Kitchen, a “state-of-the-art food recovery and preservation facility” that aims to reduce food waste and hunger by diverting edible goods from the landfill and using them to create high-end quality meals. The city celebrated the kitchen’s grand opening on June 22.

According to the United States Department of Agriculture, food waste is estimated at between 30% and 40% of the country’s food supply. In other words, people are throwing away that much of the country’s edible goods.

Some of the biggest gaps to recovering food and achieving zero waste are lack of processing capacity and food structure training, Foster said.

The kitchen would take food that may not look perfect but is “perfectly edible” and process it. For example, bruised tomatoes would be turned into sauce instead of being thrown away, and misshapen green beans or asparagus would be used for soup.

“A lot of produce is thrown away at the agricultural end because of cosmetic imperfection,” Foster said. “There’s nothing wrong with bruised tomatoes, you just can’t sell them at a store.”

The city has partnered with O’Side Kitchen Collaborative, an organization that works with local farmers and food recovery organizations like ProduceGood to take surplus produce and use it to make preserved food products, to operate the kitchen.

In the new kitchen, OKC will host culinary classes that will teach residents how to reduce food waste through zero waste cooking techniques while creating nutritious meals in the process. The group will also provide catering services for the city using the kitchen as well.

The Oceanside Green Kitchen is a full-scale, 1700-square-foot commercial kitchen with a 500-square-foot cooler that, according to the city, can hold a “semi-truck load of food.”

Foster explained that several local feeding organizations have to throw away a lot of extra produce because they don’t have the space to properly store goods like milk or produce. The kitchen’s large cooler would help prevent that food loss.

The kitchen was a $1 million investment for the city, which Foster said was a nominal cost compared to the $18 to $20 million the city spends on solid waste services every year. Recycling rather than diverting also comes with costs, Foster noted.

“Recycling is always more cost effective and the right solution compared to disposal,” Foster said. “But it’s not free.”

The kitchen was designed in mind to help divert waste, thus would theoretically reduce that annual waste service cost for the city.

“We wanted to develop infrastructure that feeds people, not landfills,” Foster said.

Above: Oceanside recently held a grand opening for its new Green Oceanside Kitchen, a 1,700-square-foot commercial kitchen in the El Corazon Senior Center. The kitchen is designed to reduce food waste in the city. Photo by Samantha Taylor 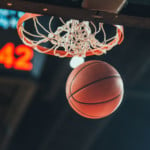