There were no apparent signs of trauma, and coroner's officials will determine his cause of death. Photo via YouTube

The Hillsborough County Sheriff’s Office announced the death, saying Jackson was found at the Homewood Suites in Brandon.

Jackson played for the Tampa Bay Buccaneers for the final five seasons of his NFL career, after seven seasons with the Chargers.

“My heart aches for the many loved ones Vincent Jackson leaves behind, from his wife and children to the Buccaneers nation that adored him,” Hillsborough County Sheriff Chad Chronister tweeted. “Mr. Jackson was a devoted man who put his family and community above everything else.”

Sheriff’s officials said Jackson, who lived in South Tampa, checked into the hotel on Jan. 11. His family reported him missing on Wednesday, but deputies spoke with him at the hotel on Friday and the missing person case was canceled, the department said.

There were no apparent signs of trauma, and coroner’s officials will determine his cause of death.

He signed with the Buccaneers prior to the 2012 season and continued his success in Florida, posting 1,384, 1,224 and 1,002 yards receiving in his first three season with the team. He officially retired in 2018. 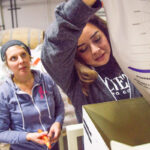