DEL MAR — The Del Mar Fairgrounds and Racetrack faced structural financial warning signs for years, before event cancellations and the resultant collapse of revenues due to COVID-19.

The 22nd District Agricultural Association (DAA) and its “blended component units” incurred net operating losses in several years between 2014 and 2018, according to some recent audited financial statements. And the state-run board has also seen its net position steadily decline.

The DAA’s component units include bodies — separate but related financially and in terms of board governance — that oversee capital improvement and financing, as well as a lease with the Del Mar Thoroughbred Club to operate horse races.

As The Coast News goes to press, the DAA administration and certain board members hadn’t responded to requests for comment. But others say the DAA has overextended itself for some time — particularly by issuing bonds worth $44 million in 2015, largely against future horse racing revenues, even though horse-racing attendance has long been in decline.

“The 22nd DAA is facing a time of great difficulty and uncertainty,” said former DAA board member David Watson in his April resignation letter. “Even before the advent of COVID- 19, the organization was facing extreme financial turmoil because of historical reliance on horse racing revenues. Significant bond financing is based on future revenue from racing as well as the creation of a new concert venue. Those revenues are now at great risk. … The current board majority seems content with the status quo leadership and management team, which I do not believe will be sufficient to meet this moment.”

“These things have been known for a long time,” said Lesa Heebner, a former Solana Beach City Councilwoman and current mayoral candidate.

The DAA tried to solve its money problems by doing “more and bigger of the same instead of revisioning” the land’s use, she said. “If not mismanagement,” that amounts to “lazy thinking.”

The DAA used to be “much less ambitious,” pursuing activities more in line with its budget, said Pam Slater-Price, a former Encinitas City Councilwoman and County Supervisor. Even profitable activities are “not enough to compensate for continually taking on new debt,” she said.

“They’re somewhat responsible for their own situation,” in that they’ve gotten into financial hardship despite owning prime, untaxed coastal real estate, said Del Mar City Councilman Dwight Worden. He thinks the DAA could perhaps downsize its activities to include just the fair and repurpose land currently dedicated to horse racing to some other purpose.

For instance, he said the City of Del Mar, which previously sought to buy the Fairgrounds, might collaborate with DAA in building affordable housing. Doing so could help Del Mar meet its state-mandated housing production targets, and also provide the DAA new revenue. 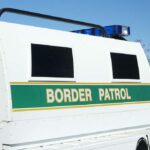 I am totally against using any of the Fairgrounds for affordable housing. The new residents of any development are most likely not going to be aware of the wonderful advantages that the Del Mar Fair gives to the 4-H and FFA youth in our communities in San Diego County.