In this 2013 photo, campaign signs for and against Prop. A hang along Manchester Avenue in Encinitas. File photo

By Gerald Sodomka and Susan Turney

Citizens of Encinitas wrote, circulated petitions, campaigned to get Prop. A placed on the ballot and passed it in 2013.

Prop. A requires a public vote if the city’s 30 ft. height limit is exceeded or the zoning density is increased.

Eight years later, residents were dismayed when the city sued them over its passage.

In 2019 the city named “Preserve Proposition A and John DOES 1-100, inclusive” as plaintiffs (those being sued) and said they would add actual names later.

Of course, the city had names on the petitions and the ballot arguments, so knew the relevant names.

The names were never added.  The lawsuit also named “anyone with an interest” in Proposition A, which was virtually all voters.

The city put two separate items, Measures T (2016) and U (2018), on the ballot to reverse Prop. A’s required vote on high-density Housing Updates, but both were rejected by the voters, each by a larger margin than previously.

A careful read of each measure indicated that the city was attempting to get rid of the voter requirement.

After the failure of Measure U, the city was sued by the BIA for its noncompliant Housing Element.

The judge decided to allow the city to update the Housing Element and upzone and increase building height, on a one-time basis without a Prop. A vote.

The city and Mayor Blakespear wanted to get rid of Prop. A permanently.  Some of you may have seen “My Mayor Sued Me” signs.  These referred to the 2019 lawsuit against defendants “Preserve Proposition A.”

Residents had to retain an attorney, using their own money, to defend Prop. A.

In fact, residents paid twice: defending the lawsuit and paying taxes used to file and pursue the lawsuit.  Citizens paid more than $30,000 to the attorney to date.

When supporters of Prop. A and those who believe in the democratic process took exception to a clause in the lawsuit that demanded residents pay the city’s court fees and costs, the mayor amended the lawsuit in 2020 to instead sue the state Department of Housing and Community Development.  Preserve Prop. A intervened so that residents would be represented in front of the judge.

The judge agreed with the group’s intervention in his judgement: “Preserve Proposition A intervened, asserting, correctly, that neither the City nor the State would defend the interests of those citizens of Encinitas who voted for Proposition A.”  He understood that when he wrote in his decision:

“…Proposition A seeks to protect the natural resources of the City of Encinitas, maintain the character of the City’s five communities, ensure that infrastructure and public benefits are adequately planned and funded prior to any increase in zoning, and preserve the zoning and property rights of the voters.…”

The judge took a considerable amount of time in coming to his decision in order not to violate the state’s constitutional protections of citizens’ rights.  Quoting the state constitution, the judge wrote:

Declaring it “the duty of the courts to jealously guard this right of the people,” the courts have described the initiative and referendum as articulating “one of the most precious rights of our democratic process.”

The mayor has said repeatedly “our hands are tied by state law.”  However, the judge did not agree:

Throughout this prolonged and expensive legal process, it is worth noting that none of the city’s adopted housing plans provide adequate affordable housing, despite this being the stated goal.

In fact, the city is currently being sued in Federal Court due to alleged violations of Fair Housing law.

The city’s aim has always appeared to give the developers what they want, rather than to follow the intent of state law to create affordable housing.  The mayor and city council lost sight of this intent and goal.

To view the court documents in their entirety, visit: www.encinitasresidentsalliance.com.

Gerald Sodomka and Susan Turney are both longtime Encinitas residents and supporters of Prop. A. 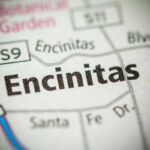