Cameron Thomas celebrates with friends and family on April 29 at his Carlsbad home after he was selected in the third round by the Arizona Cardinals in the 2022 NFL Draft. Photo by Steve Puterski

CARLSBAD — San Diego area brothers Cameron and Zach Thomas experienced a range of emotions this weekend during the hours-long wait for their names to be called in the 2022 NFL Draft.

But the wait was worth it.

Not surprisingly, the Thomas brothers, both graduates of Carlsbad High School and San Diego State University alums, have already made NFL history, becoming just the fifth pair of brothers to be selected in the same draft class.

In addition, three other North County players were selected led by Mission Hills (San Marcos) grad Chris Olave, as the Ohio State wide receiver was chosen 11th overall in the first round by the New Orleans Saints.

Former San Marcos high wide receiver Kyle Phillips (UCLA) was selected in the fifth round (163rd) by the Tennessee Titans, and punter Matt Ariaza (SDSU), a Rancho Bernardo grad, was drafted by the Buffalo Bills in the sixth round (180th).

“I really tried not to set too many expectations,” Cameron said of the draft process. “It ended up great. I just want to show up, give 100% and show why the Arizona Cardinals, why they picked me.”

Over the tension-filled weekend, the Thomas brothers were surrounded by dozens of friends, family and former teammates who gathered at their home to watch, wait and hope for the best. Cameron, a defensive end and 2021 Mountain West Conference Defensive Player of the Year, was projected anywhere from a late-first pick to the third round.

After hours of waiting on April 29, Cameron was eventually selected in the third round by the Cardinals to an explosion of cheers from friends and family.

As it happens, Phoenix is the perfect destination for the younger Thomas brother. Throughout his career, Cameron has modeled his game after the legendary pass rusher J.J. Watt. Now, Cameron will have an opportunity to learn from one of the game’s all-time great defenders.

“It means the world,” Cameron Thomas said. “I’ve watched so much J.J. Watt film and used of lot of it (Watt’s game) to make my own version.”

Zach Thomas, an offensive tackle, was projected to be selected in the fifth or sixth rounds. Like his brother Cameron, Zach kept a watchful eye on his phone as the draft unfolded to see where he may land.

Finally, the Bears selected the bruising 6-foot-5, 300-pound offensive lineman on April 30, leading to another celebration from friends and family who cheered as the TV showed his name and highlights.

The brothers then celebrated by popping bottles of champagne and taking pictures with their mom, Wendy, and dad, Mike, along with their closest friends.

“It was hard staying patient,” Zach said. “I’m unbelievably excited to get to Chicago.”

But there is no doubt Zach and Cameron will remain close regardless of their geographic location. The brothers have leaned on each other throughout the ups and downs of the draft process, especially after Cameron injured his hamstring while preparing for the NFL Combine.

According to Zach, the only tough part of being so far away from Cameron is he won’t be able to practice against his brother. 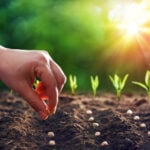