Carlsbad husband and wife Ashley and Johnny Walker spend time with their twin boys in 2012. Ashley Walker was diagnosed with a rare genetic disease. Courtesy photo

CARLSBAD — Overcoming her own struggles and the loss of two children, one local woman is battling a rare disease and spreading awareness of the importance of genetic testing.

Ashley Walker, 32, of Carlsbad, spent her childhood trying to figure out why she was different. It wasn’t until she was 20 years old, that she was diagnosed with X-linked myotubular myopathy, the most serious condition in a group of disorders called centronuclear myopathy.

According to the National Institutes of Health (NIH), X-linked myotubular myopathy can lead to muscle weakness, fragile bones, scoliosis and joint deformities of the hips and knees.

While the disease is very rare, it is even more uncommon in women, according to the National Institutes of Health.

Now, Walker is advocating for people to undergo testing, especially after childbirth, in addition to participating with MTM-CNM Family Connection and Where There’s A Will There’s A Cure organizations for their Patient Focused Drug Development meeting with the U.S. Food and Drug Administration.

“The severity of this can range,” Walker said. “Over the years I was mild and now I’m severe. Things that were once possible, like dancing at a wedding … I cannot.”

Walker’s journey started in the womb when her mother’s doctor couldn’t find a heartbeat. At the next appointment, Walker’s heartbeat appeared, and she was born several months later.

But her life was a struggle as she struggled with basic motor functions. As she grew older, those challenges intensified as she fought to stand upright and her run turned into a gallop, Walker said.

Walker’s peers also teased her about her condition, which also took a toll on her psychological well-being.

At the age of 9, Walker went to the doctor and was diagnosed with a form of muscular dystrophy and recommended swimming as the best course of therapy. So, Walker’s dad immediately built her a pool.

“Life just went on and as I got older into my teens, I just gave up on doctors,” Walker said. “I was just a teenager and wanted to live a normal life.”

One symptom of her disease was curvatures in her body, such as high arches in the feet, Walker said. A doctor recommended breaking all the bones and tendons in her feet, so she did, but now she has “the worst pain” in her feet, according to Walker.

Regardless, Walker was able to find jobs in retail working her way up the ladder.

At 21, Walker met her husband, Johnny, who was in the Marines. The couple wanted to start a family and soon Walker was pregnant with twins, despite a possibility that one or both of the children would share her diagnosis.

However, her sons were born in May 2012, three months before their due date in August.

“In our mind, and the doctors told us, this is totally normal and just wait until gestation,” Ashley Walker recalled. “They said they’ll be fine and have time to grow.”

The boys grew but were still on ventilators and feeding tubes around the clock. On July 11, 2013, Alexander and Jayden died.

Months before her babies passed away, Walker underwent exome sequencing testing, and the results showed her actual diagnosis X-linked myotubular myopathy. Her disease impairs the muscles and decreases muscle tone, so sitting, standing up, breathing and eating are all a struggle.

Later, she discovered her boys had the disease as well.

As the years have passed and the disease has progressed, Walker’s left side of her body is nearly paralyzed.

In addition to her disease, Walker also fell into alcohol addiction after the death of her sons. She went hard and developed pancreatitis and had her gall bladder removed.

Walker fought through the addiction and has now been clean and sober for nearly eight years. She has channeled her energy into advocacy and lobbying her doctors to participate in a clinical trial.

There is one trial in Europe and another coming soon to the U.S., which Walker hopes she can take part in.

“The importance of a drug is so important and crucial and critical,” she added. “I just feel like I have to raise awareness and do everything I can to try and push things forward.” 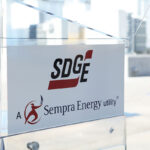 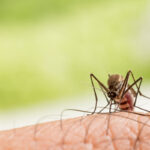