CARLSBAD — One of the nation’s most talented high school quarterbacks recently announced his future plans on Nov. 2 during ESPN’s “College Football Live.”

Carlsbad High School junior Julian Sayin has committed to Alabama, arguably one of the country’s most dominant college football programs of the past 15 years.

Sayin said he chose Alabama because of its history and success under head coach Nick Saban, who has led the Crimson Tide to seven national championships since 2009.

“I couldn’t have done this without my parents, my coaches and my teammates,” Sayin told ESPN anchor Wendi Nix. “Alabama is the standard for college football. I want to be coached hard by coach (Nick) Saban and coach (Bill) O’Brien. It’s a special place and the highest level of football.”

According to Rivals, Sayin is the No. 2 pro-style quarterback in the country for the 2024 recruiting class, a ranking that earned him at least 30 scholarship offers from Power 5 schools.

The 6-foot-2, 190-pound signal-caller has started for the Lancers since his sophomore season, leading the squad to the San Diego Section CIF Open Division Championship game.

Currently, Carlsbad High is the top seed in the Open Division. The Lancers will host No. 4 seed Poway on Nov. 10 in a first-round playoff game.

This year, Sayin has completed 69% of his passes for 2,302 yards, 23 touchdowns and three interceptions. Sayin has accounted for 2,436 yards and 25 touchdowns in total offense.

ESPN analyst Tom Luginbill described Sayin as a “riverboat gambler, and I love that about him.”

“(Sayin’s) really gifted to get the ball out of his hand quickly,” Luginbill said. “He can be off his backfoot. He’s ultra-competitive and playing a high brand of football in North County San Diego.”

The Carlsbad teen’s verbal commitment to Alabama is non-binding until he signs an official letter of intent in December 2023. 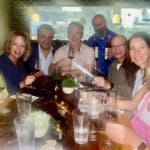 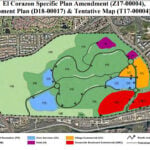