CARLSBAD — Nearly 90 years ago, a Carlsbad resident was born in a Los Angeles neighborhood that frequently gives rise to celebrities.

Since then, Jackie Epstein, 89, fell in love with Hollywood and its host of celebrities, spending a career rubbing shoulders with some of the biggest names in Tinseltown. But since the COVID-19 pandemic shut down her senior-living activities at Carlsbad-by-the-Sea Retirement Community, Epstein was inspired by another resident to write a book.

And she did, recently self-publishing her memoir, “My Love Affair With Hollywood.” Epstein spent several months recalling her experiences as a Hollywood columnist for the L.A. Herald-Examiner and her close-personal relationships with celebrities, such as Linda Gray.

“They were just wonderful, wonderful people,” Epstein told The Coast News. “It was an incredible experience.”

According to Epstein, celebrities were the best people she’s ever met. For years, she wrote a column about their stories and careers.

Before her writing career, Epstein’s first taste of stardom came when she was 11 years old at her first movie premiere.

Epstein’s first job was a business manager’s assistant and her responsibilities included a wake-up call every morning to legendary musician Nat King Cole, the first Black person to host his own TV show.

Epstein later married her late husband, Robert, and the couple had four children. After years of childrearing, Epstein landed a job alongside her husband at the Herald-Examiner newspaper for $5 per week in 1966.

Epstein said she was thrilled to have direct access to film and television stars she’d grown up watching. While her family lived paycheck-to-paycheck, Epstein said they powered through tough financial times.

“We almost had no money, but we had the magic of Hollywood,” Epstein said. “Being a Hollywood columnist opened up other doors.”

Epstein and her husband eventually retired to Carlsbad in 1991. After 42 years of marriage and six grandchildren, Robert passed away in 1997.

After penning her “Hollywood Soundtrack” column for years under the pen name Jackie Manne, Epstein also wrote a “Court of Opinions” column for Tennis Illustrated, meeting and interviewing legends such as Billie Jean King, Chris Evert and Rod Laver.

One of her favorite memories is being with Gray on a movie set with chimpanzees in the Florida Everglades for the film, “The Wild and Free.” Gray was fearless and performed her own stunts, Epstein said, and the script called for her to swim across a body of water to the chimps.

Gray began swimming across the water when the director noticed several baby alligators circling the actress. Undeterred, Gray kept swimming, got to land and ate “nose-to-nose” with the chimps, Epstein said laughing.

“My Love Affair with Hollywood” is filled with these types of stories, but it also recounts the love of her family and husband, Epstein said.

“I was a stay-at-home mom for 20 years and did my writing, interviewing, and had my own PR company while raising the four kids,” Epstein said. “My husband and I had tremendous energy and didn’t require a lot of sleep. I also had wonderful friends who exchanged the young ones with me — and I was the first one in my neighborhood to buy an answering machine — which made all of the above possible.”

Epstein is currently working on her latest book, “Walking a Duck in L.A.” 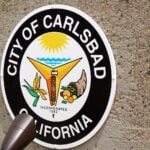