Jesus Pantujam left, and Matt Leonard, assemble a bicycle for the Bikes for the Barrio program Dec. 8 at Holiday Park. The program will donate 110 bikes to less fortunate kids, most of whom attend Jefferson Elementary School. Photo by Steve Puterski

CARLSBAD —A bicycle can be a life-changing gift for a child.

It’s one reason more than 100 volunteers filled Holiday Park Dec. 8 to build 110 bikes for the Bikes for the Barrio program. The volunteer effort centers on donating bikes to underserved children, most of who attend Jefferson Elementary School.

Chad Majer, who started the program two years ago, said the dramatic increase in bikes and volunteers was pleasantly unexpected. However, the mission of providing a bike, which kids can use to get to school, work, church or out of bad family situations, is more than worth the effort.

Two years ago, Bikes for the Barrio donated seven bikes to students at Jefferson. Last year, the total increased to 67 and this year it exploded to 110 with just as many volunteers blowing through the assembly.

After the bikes are assembled, they are taken to the Boys & Girls Club of Carlsbad, where the Carlsbad Christmas Bureau will pass them out during its annual Adopt-a-Family event on Dec. 14.

To finance the program, J.R. Philips, who is also part of the Carlsbad Hi-Noon Rotary Club, asked the club earmark funds from its annual Brewfest for bikes. So, this year the club donated $10,000 to the program to purchase the bikes, which also come with helmets and locks.

Individuals can also donate, and every $100 received can purchase a bike, helmet and lock, Majer said.

Trek Bikes provided the helmets and locks at factory cost, while Majer, Philips and Sean Cooley, another founding member of the program, purchase the bikes from Micargi Bikes.

“Word started to get out the last couple years and like all things, people started coming to us to ask if they could help,” Philips said.

As the program has grown, Majer and Philips are now looking at how to expand, saying the new goal is to donate between 200 to 300 bikes each year. Additionally, Cooley said he’d like to expand into other North County cities.

But the trio stressed the importance of giving bikes to kids and the difference it makes in their lives. Philips said several years ago he spoke with then-Jefferson Principal Chad Lund, who revealed how significant bikes are to kids.

“Those kids in high school or middle school may have to work,” Philips said. “You don’t realize how much mobility it gives some of these families. For the kids, it gives self-esteem, fitness, sense of ownership. It’s more than a bike.”

The army of volunteers surprised Majer. Word spread through the Hi-Noon Rotary Club, Carlsbad Chamber of Commerce and Carlsbad High School, to name a few.

Matt Leonard partnered with Jesus Pantuja, a senior at Carlsbad High School, to assemble a pair of bikes. Leonard said the bikes are pre-assembled and the volunteers must finish up the work, such as fitting the handlebars and applying the brakes.

For Pantuja, he heard of the event through Carlsbad High School and thought it would be worth doing, especially since he wanted to learn how to assemble bicycles.

And since there were so many volunteers, the event, which was expected to take about five hours, lasted about two. As more evidence of its growing popularity, Handles Homemade Ice Cream, Senõr Grubby’s and Booch Craft donated food and drinks to the volunteers.

“I had no idea there was a need for bikes,” Philips said. “We hope to get in a position where all the kids locally … can call Bikes for the Barrio and maybe we can get you a bike. That may be a year or two away.” 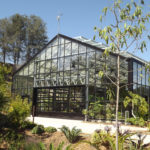