Protesters gathered outside of the Escondido Police Department on April 21, the day of the deadly officer involved shooting. Another protest was staged at City Hall on Wednesday. Photo by Joe Orellana

ESCONDIDO — Authorities on April 26 publicly identified a homeless man who allegedly advanced on an Escondido police officer in a menacing manner last week with a 2-foot-long crowbar in his hand, prompting the lawman to fatally shoot him.

Steven John Olson, 59, allegedly had been hitting cars with the metal tool near the intersection of Broadway and Second Avenue when Officer Chad Moore approached him shortly after 7 a.m. Wednesday, April 21, according to the Escondido Police Department.

Seeing the patrolman, the suspect “immediately advanced on (him) while holding the same metal tool in a threatening manner,” EPD Chief Ed Varso said.

“The officer gave multiple commands to drop the tool, as well as several use-of-force warnings,” Varso said. “The (suspect) continued to advance on the officer, who was backing away, and he was ultimately shot.”

Paramedics took Olson to a hospital, where he was pronounced dead.

A man who identified himself as Laban Davis told News8 near the scene of the shooting that he had witnessed the deadly confrontation, calling it “crazy” and “unnecessary.”

“The guy wasn’t really no threat,” he said.

Davis, who said he counted five or six gunshots, said the suspect was holding the crowbar above his head but was “just walking” when he was shot.

“He wasn’t running (or) swinging it,” Davis told the station.

The officers involved in the incident had their uniform-worn cameras activated during the incident, according to Varso.

“As soon as possible we will be releasing portions of those videos to provide the public with a better understanding of what happened,” Varso said last week.

The suspect was “well known” to Escondido police, having had a long history of property crimes and violent offenses, including assaults on officers, according to Varso.

Olson had been booked into county jail 188 times since 2002 and was involved in more than 20 service calls this year, Varso said.

Protestors gathered outside of the Escondido Police Department on the night of the shooting, and another protest was held outside City Hall on Wednesday. 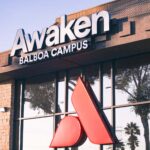 ‘We created an industry’: Passo on success

The shooting appears righteous. But I’d like to give the cops one other option that currently is forbidden: A warning shot into the ground.

NOT a shot into the air. Or at concrete. Into the GROUND.

The loud report will often shock a bozo into inaction.

As it is, the cop is supposed to wait until the suspect arms himself and either shoots at the cop, or rushes him with his hand weapon of choice, as was the case in this instance.

The cop backed up 65 feet as the nut-ball kept coming at him. During that time, a SAFE warning shot into the ground would have been a logical first option. But the cop is denied that option by police department policy.

A warning shot INTO THE GROUND is a relatively safe option. Certainly more so than firing (at least) six shots HORIZONTALLY at the perp, as occurred in this case.

When police unleash multiple rounds, usually one or more misses the target – or goes through the target. That’s a LOT more dangerous than a shot into the GROUND.

The cops should have this “warning shot” option. It should NOT be a MANDATORY action. Let the cop on the scene make that decision.

BTW, the cop had at least 15 rounds in his handgun — he had an extra round to discharge, if he felt it was appropriate. But his career would have been over if he had fired that forbidden warning shot.