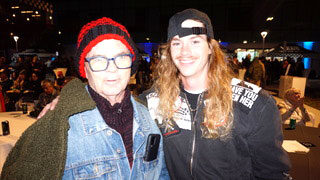 The year was 1976. On water, the world was on single-finned surfboards. Kings of the hill were Dick Brewer in Hawaii, Dick Van Starlen in Australia, Spider Murphy in South Africa and Skip Frye in California.

Paved ground was dominated by solid maple skateboards brought to you by Logan Earth Ski. The Logan family consisted of mother, Barbara; oldest brother, Brian; younger brothers, Bruce and Brad, and the lone girl in the family, Robin.

They ruled the skateboarding universe with speed and grace, and their boards were everywhere.

While each of the Logan kids made strong showings in their chosen sport (three of four are in the Skateboarding Hall of Fame, and Brad is a shoe-in in the future) it was Bruce who carried the torch, winning back-to-back world championships in 1975 and 1976.

In freestyle skateboarding, only Ty “Mr. Incredible” Page was ever close.

Bruce, as many of Ωou know, was the first inductee into the Skateboarding Hall of Fame, just ahead of more famous skaters: Dogtown legend Tony Alva; that other Tony whose last name rhymes with gawk; and Danny “Great Wall” Way.

During the ’70’s you could find Bruce surfing anywhere from Beacons to Seaside Reef or skating La Costa’s Black Hill before homes dotted every hill and gully in sight.

It was there, at the Black Hill, that Bruce invented tricks like the “high-speed nose wheelie,” the “nose 360,” and a clever little move called the “spacewalk.”

With literal spacewalking only a few years old, the name spacewalk alone caught our attention. The maneuver itself, however, which required lifting the tail of the board and swinging the nose side to side while moving forward, was always a showstopper in and out of competition.

For years, freestyle dominated skateboarding competition. That all changed when vertical skating came into fashion, and ramps and pools took center stage.

It seemed that the spacewalk was destined to take its place next to the pet rock in the rubbish bin of history.

Then, like all great artistic movements, freestyle skateboarding had a renaissance. At the head of the class were Rodney Mullen and Natas Kaupas, followed by other greats in the sport, eventually including wonderkid Andy Anderson.

Watching the Canadian on film (check out this one by Brett Novak),  those who know ’70s skateboarding will note a move called the spacewalk.

On Nov. 10, I accompanied Bruce Logan to the Skateboarding Hall of Fame Awards in Orange County. On the way in we chatted with surfing’s world professional champion, Peter Townend, who dominated the waves in 1975, while Bruce was the king of concrete.

The evening progressed with deep hugs from longtime friends like Henry Hester, Steve Cathy, Dennis Martinez, Christian Hosoi and Laura Thornhill. I could go home and rest (no not die) in peace.

As we turned to leave, there was Andy Anderson in conversation with Hester. Henry introduced me saying, “This is the best skateboarder in the world.”

I excused myself, ran to get Bruce and told Andy that this was the guy who invented the spacewalk.

From there the conversation was short, with Andy removing his phone for photos.

From the moon to La Costa to the Olympics, the spacewalk has made an indelible mark on our culture. 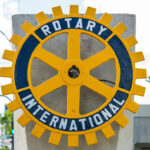 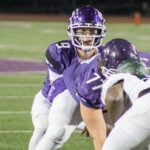