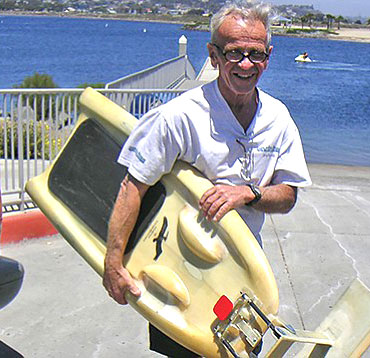 Terry Hendricks with a hydrofoil he designed. Hendricks’ invention is on display at the California Surf Museum in Oceanside. He passed away in 2013. Courtesy photo

Scientist and surfer Terry Hendricks was a unique thinker who was too smart for most of us — trying to explain science to those who had checked out after 12 years of the subject, not because science was uninteresting, but because those who taught it in school had somehow made it seem irrelevant to people who had little interest in anything except going fast on a surfboard.

How could science help a surfboard go faster? Hendricks, whom I was told was the head of the physics department at Scripps, applied hydrodynamic facts to surfboards and may have made them go faster than anyone ever has.

Hendricks was a kneeboarder who could be seen well into his 60s riding in the dark at Swami’s, where a red strobe on his helmet alerted you that he was on a wave.

By the time I was arriving sometime around daybreak, Hendricks was in the parking lot, drying off, his bizarre looking hydrofoil leaning up against the driver door.

It is one of my greatest regrets in surfing that I didn’t take him up on his offer to try that board. The board had foils that looked something like spoilers used to hold a fast car’s rear end down.

The foils were adjustable and caused the board to lift out of the water. While foil boarding is fairly common now, Hendricks’ board was different than the boards made famous by Laird Hamilton, who attached a keel to the bottom of a surfboard, causing it to take flight.

I also believe that Hendricks preceded Hamilton, and therefore everybody, in foil boarding.

I enjoyed talking to Hendricks a great deal, but quickly found myself lost in scientific equations and theories. He had this way of starting with something that was easy to understand and quickly paddling you into deeper water, a place where most people, including me, were out of their depth.

He would say the simple and obvious, getting you to nod along in agreement, which I generally did. The next statement was usually also simple enough to get a nod.

A few statements later, and I would still be nodding, with no idea of what Hendricks was on about.

Once he put all the sci-fi talk aside, he would refer to his board and simply say, “It’s so fast that I generally misjudge where other surfers are. I’ll make a turn, thinking I have plenty of room to miss them, but by the time I’m finished turning, I have nearly run them over.”

Terry Hendricks passed away a few years back after being injured in the Swami’s shore break early one morning.

With nobody around to help him back up the stairs, Hendricks apparently hobbled to his truck. While the accident did not end his life, it apparently did shorten it.

I will forever miss seeing him, drying off in the Swami’s parking lot, saying goodbye with a satisfied smile, as the rest of us were greeting the new day.

To learn more about Terry Hendricks and his magic knee machine, please visit the California Surf Museum, where his invention is on display. 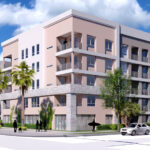 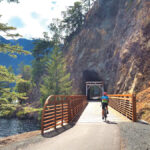