More than 100 students and parents marched outside of Cardiff Elementary on Wednesday, December 11, calling for construction to resume on the campus. A judge halted the work earlier this month over a lawsuit from a small group of residents opposing plans to build over green space in the adjacent George Berkich Park. Photo by Sean Buffini

ENCINITAS — Parents are fired up over a recent court decision that halted construction of the Cardiff Elementary School rebuild after a judge ruled in favor of the project’s longtime opponents.

Families, students and neighbors gathered at the site Dec. 11 in support of restarting the school build.

“What that leaves us with is a mud pit for our school,” Cardiff mom Lisa Hoeck, who has four kids at the school, said Dec. 10.  “It’s a total construction nightmare and it was supposed to be for one year and because of (Save the Park) they’ve delayed that.”

Save the Park and Build the School have opposed the proposed redesign since drawings were made public in 2017. This past March, the group filed a lawsuit against the Cardiff School District to suspend the project until the district performs a more thorough assessment of its environmental impact report (EIR).

At the heart of the lawsuit is a 1993 funding agreement between the city, district, Department of State Parks and National Parks Service that requires the land to remain a park in perpetuity in exchange for the grant funding unless the state and federal agencies sign off on a change.

The lawsuit states that the EIR failed to adequately address the impact of the rebuild project, which “completely overhauls the design and appearance of George Berkich Park, which is an important and well-loved community resource.”

On Nov. 18, San Diego County Superior Court Judge Earl H. Maas III granted a preliminary injunction, and made certain other legal findings, requested by Save the Park, regarding its claims of the district’s noncompliance with CEQA, the California Environmental Quality Act, and taxpayer waste.

On Dec. 2, an ex parte hearing was held after both parties requested clarification on the November ruling. At the hearing, Judge Maas confirmed all aspects of the ruling, claiming that the district had “breached the accountability requirements set forth in Measure GG by constructing improvements not authorized by Measure GG.”

“Among those people I know to be supportive of (Save the Park’s) efforts… everyone is satisfied with the court’s ruling to the extent it validates the legal positions that the group has asserted from the outset,” Eleanor Musick of Save the Park and Build the School said in an interview last week. “Many people in the community view the district’s behavior as a sort of defiant entitlement — that they seem to hold themselves above the law.”

“We genuinely hope that the district will reconsider,” Musick said.

The district, in a news release, said the ruling is disappointing and “will add to the district’s mounting legal fees and project costs.”

“This decision does not change the fact that the district continues to work in good faith to deliver Cardiff voters the new school they were promised as part of this bond measure,” Cardiff School District Superintendent Jill Vinson said in a news release. “We stand behind this project and the priority that it places on student safety and the educational programs of the District.”

The Cardiff School rebuild project officially began this past summer when the 60- to 70-year-old former school buildings were knocked down. The plan includes the construction of new buildings and the construction of a new multi-purpose room and outdoor amphitheater on land that is currently part of the district-owned George Berkich Park.

The current school rebuild plan calls for an encroachment, which the district says is less than 10% of the overall project site, into the playfield and a corresponding grant agreement boundary adjustment to accommodate the project.

In a release, the district said on Nov. 25, it obtained approval for the boundary adjustment from the California Department of Parks and Recreation Office of Grants and Local Services. Two days later it received conditional approval from the National Park Service, subject to two conditions that are in the process of being completed.

The district said it intends to ask the court to reconsider its decision in light of the state and federal approvals that were just obtained and will also continue to evaluate additional legal options that would allow it to resume construction on the school buildings.

Musick said the district breached accountability requirements by failing to identify 15 planned improvements that were not included in the project listing of Measure GG and the aim of Save the Park is simply to get the district to be honest with the public, who is paying for the project.

“We’re entitled to some openness and doing it by the rules,” Musick said.

She added that “if the district is willing to engage in sincere settlement discussions, and we could reach a compromise, they could possibly get back on track more quickly.”

Hoeck said whether people voted for or against the measure, one thing is clear — both sides are mad about the waste of taxpayers’ money.

“It’s a total mess, it doesn’t matter if you voted yes or no, at this point the money is in the game and it’s being wasted by (Save the Park), it’s infuriating” Hoeck said. “The district is doing what they’re supposed to do to deliver a school they promised. They are fighting for those kids; they are fighting for safety.” 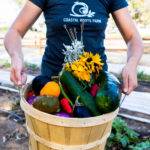