The author, second from left, and friends. Courtesy photo

I recently had breakfast with a group of surfers, most of whom I have known for over half a century. Included were my first surfing partner and younger brother, Dave; ripper and Surf & Sport founder, Paul Heusenstamm; Jack garland, and his best friend, the eternally stoked Mike Malsie.

Also in attendance were “Old Guys Rule” founder Don Craig, who proves that saying true every time he paddles out; South African standout Andrew Spangler; and Bill Stewart, who is best known for the board label that bears his name. It was a joyous reunion, brought together as always by Malsie.

I think the year was 1964 when my dad dropped me off at Doheny and I saw this kid surfing better than the adults. He seemed to know everyone in the lineup and riding a wave or not, appeared ready to explode with joy.

When I met him later that day, he introduced himself as Mike. Mike’s voice cracked as he spoke, like the word exiting his mouth was ticklish and might make him burst out laughing.

Making him cooler still was Patty, his cute, little girlfriend who often rode tandem with one of the older guys.

Mike was one of the cool kids and I was not. I was proud that he was my friend, something that means more every year.

While always nice to his friends, Mike could be a little rough on strangers. I recall the time when one such stranger, a big lumbering guy, was paddling after him in a rage.

Judging by his severe crewcut, my guess is that he was a Marine trying to learn to surf. If he caught Mike there was nothing that he or I, or most anyone else, could do about it.

Mike was a strong paddler and would allow the Marine to get close. Each time he did, he would extend his middle finger and race away.

That cat-and-mouse game went on for a while, until Mike paddled behind this big Hawaiian guy named Tiger Espera.

Mike sat behind Tiger, continuing to flip the guy off, and Tiger, who was a big as the would-be assailant, and hardened by the waves he grew up riding on Oahu’s North Shore, sat like a stone wall.

Though spoken more than five decades ago, I still remember Tiger’s words. Landing like a left hook, he simply said, “Leave the kid alone.”

That was the end of it.  Mike flipped the guy off again and kept surfing. We hung out a lot that year.

By the mid-’70s Mike was a family man living in Oceanside, working hard and surfing harder. Surfing had somehow lost its way and longboards had been relegated to the junkyard of history.

It was caused by the “Shortboard Revolution,” something Mike was a part of until he and a few other San Onofre surfers spearheaded a longboard renaissance after dusting off some old boards and learning to ride them again.

Mike was at the head of the class: fade, drop knee turn, hang ten. The thrill was back.

By the mid-’80s Mike and his wife, Diane, had moved to Hawaii, where Mike built a business and kept a house on the beach with a spare bedroom for any of his many friends to stay in.

I slept there often, and we surfed many good waves together.

From time to time I’ll get a call from Mike. It’s unnecessary for him to say his name. I know it’s him by the joy in his voice that sends waves over the ocean into my home and heart.

Chris Ahrens YouTube Channel, GodnGangsters, at youtube.com/c/GodNGangsters, is aimed at keeping kids out of gangs. 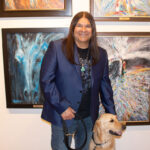 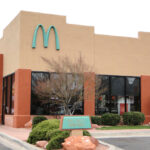