DEL MAR — With the report on a four-month investigation into complaints against the Community Services Department expected to be submitted to the city within a week or so, a new inquiry got underway July 13 following a last-minute, closed-session meeting called by Mayor Terry Sinnott, who was on vacation and did not attend, and Councilwoman Ellie Haviland.

Following the one-hour discussion, Haviland and council members Sherryl Parks and Dave Druker assigned Councilman Dwight Worden, who was also on vacation and not in attendance, and Haviland to conduct interviews with outside legal counsel who could advise the full council on potential litigation and oversee an investigation into a confidential personnel matter, Ashley Jones, the city’s administrative services director, reported.

After selecting outside counsel, a human resources subcommittee to the City Council will oversee the investigation and keep council members informed as to the process, Jones added.

Jeff Morris from the City Attorney’s Office participated in the meeting via teleconference.

The issue began after two lifeguards filed separate complaints in late March and early April with the Human Resources Department. Because it is a personnel matter, all information is confidential and not available to the public.

Shortly after that Pat Vergne, the Community Services Director and chief lifeguard, and Liza Rogers, who works in the department, were placed, and remain on, paid administrative leave.

“After evaluating the nature of the complaints, it was determined that the investigation should be conducted by an outside legal investigator with no ties to Del Mar,” a statement released by the city reads.

Solana Beach attorney and Del Mar resident Daniel Crabtree, who is representing Vergne, said he believes the problems started when his client tried to break up a verbal argument between Rogers and two lifeguards who allegedly ticketed Rogers.

Crabtree said he and Vergne were never told what the allegations are, but after listening to six hours of testimony, Crabtree believes his client did nothing wrong.

More than 200 people signed a petition demanding Vergne, who has worked for Del Mar for more than 35 years, be reinstated to his position immediately.

At a July 10 meeting, residents filled council chambers in support of Vergne. Some accused City Manager Scott Huth of disliking Vergne and wanting to see him fired.

Within 48 hours a complaint was filed against Huth and City Attorney Lesley Devaney.

“Likewise, I don’t know the content of it,” Huth said. “The same rules apply to me as they do any other employee.

“As much as I would like someone to tell me what it is and where it came from, it’s just not how we deal with it,” he added. “I understand and respect the process.”

All complaints are personnel issues, not criminal investigations, so there are no requirements to release information and several reasons to keep it confidential, Huth said.

“The allegations aren’t just with Pat,” he said. “Another employee is involved. There’s people in the public there are allegations about. It’s very complex. What people are seeing is a very narrow aspect.

“We need to figure out if the allegations are even true,” he said. “We don’t want to put someone’s profession, job, image through the ringer for something that may or may not have any validity.

“And we have to protect all parties involved,” he added. “We have whistleblower laws. … If I told you the specifics about an allegation and the investigation hasn’t even started yet, there’s always a possibility that there could be retaliation or you could paint over the circumstances or change information.”

Huth denies he has a personal vendetta against Vergne. If that were true, he said, he could have let Vergne go a long time ago.

“All the managers are at-will employees, which means they don’t have a job right,” he said. “They can come into work and I can decide it’s just not working for the city and tell them they need to find employment elsewhere.

“When you take on the job you know those are the conditions of employment,” he added. “It happens frequently in city government and very few lawsuits are filed.”

Asked if he likes Vergne, Huth said there were times when the two “had strains in our professional relationship.”

“Generally you work those out,” he said. “Pat and I have worked for five-and-a-half years together.

“I think Pat is really good public service and probably one of the best employees that we have at the city giving service to the public,” Huth added. “I still feel that way. … I believe he’s grown the department to be one of the best lifeguard services in Southern California.”

Huth said he is “truly glad” but “not surprised” Vergne has so much community support. But that has made the situation “more unique and somewhat challenging.”

“This issue is a very politically charged issue,” he said. “It raises some general concerns about whether people are trying to influence the investigation or if they are people that believe in Pat and support him. I think it’s a little bit of both.”

Huth said it’s common in government for employees to remain on leave until an entire investigation is cleared up, which is why Vergne has not returned to work. When the report is in Huth will have the final say on what, if anything, is done.

He has that power because that’s the type of government used in Del Mar.

“It’s by far the majority model for municipal government,” Huth said. “Council sets the policy and it’s my job to implement that policy. Council does not deal directly with personnel issues.”

The latter, however, does not apply to him. Council members as a group are Huth’s boss.

“They could send me down the road,” he said. “That’s their prerogative.” 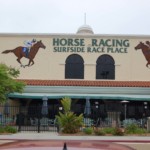