Slainte! On the eve of St. Paddy’s Day, I am always moved to reminisce about my Irish heritage.

It has regularly been called into question when I admit that I don’t fancy either beer or straight whiskey and don’t really look that good in green.

Nonetheless, my daddy is a straight descendent of Irish immigrants, with names like O’Hart, O’Brien and Kelly, Francis and Jackie-boy.

He wisely married a woman of German-Dutch heritage.

He claims they fell in love, but I suspect he was so amazed by a woman who didn’t immediately unleash a verbal buzz saw when upset, he married her just to see what made her tick.

He may not have even realized that he needed a sweet, even-tempered woman to bring a little balance to the generations of over-feisty Irish temperament.

At the very least, it was good to have someone around who was slow to anger and actually preferred to avoid an argument.

She also provided the gene pool with some badly needed melanin so we could live in Southern California without a constant sunburn.

I had a high school English teacher who gave an annual lesson in world events by wearing an orange tie and nothing green every St. Patrick’s Day. Nobody pinched him. I took a stab at that attitude by wearing an orange and green tartan tie for several years, but I got weary of explaining it.

To the uninformed, Orangemen are the Protestants (known here as Episcopalians) and the green represents the Roman Catholics. My family history contains both, because when the Roman Catholic church refused to bless his marriage to my Protestant grandmother, my grandfather changed sides.

The only time I regretted his decision was when I longed to send my daughter to spend her teen years in a Catholic convent somewhere far away. I might have managed it, had I an Irish nun or two as relatives.

I have always had a fascination with Gaelic, but Mary, Joseph and all the saints, it’s tricky. I avoided French because it was never pronounced the way it was spelled.

Gaelic takes that to another level altogether. History claims that the English quashed all speaking of Gaelic as another way to homogenize the people. I’m thinking they heard one sentence and knew they’d never master it.

I love to hear Gaelic spoken and I especially love hearing it sung, but I can’t imagine what conjugating a verb must be like. But then, I couldn’t conjugate verbs in German either, so apparently that failing spans all nationalities.

As we roll through the 21st century, I just enjoy St. Patrick’s Day for the party it has become. Even if you’re an atheist blend of 10 ethnic groups, it’s a grand and glorious good reason to laugh, share a bit of corned beef and maybe give someone who deserves it a really good pinch.

Jean O’Hart Gillette is a feisty freelance writer. Contact her at [email protected]. In Conejo Valley, enjoy a meal and some presidential history 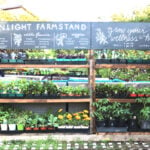 A new paradigm in spiritual hospitality