Per the complaint, which Bartlett’s campaign filed on March 21 with the California Secretary of State, Maryott’s proposed ballot designation as a “certified financial planner” is “false, misleading, and unlawful because it does not accurately reflect his current profession, vocation, or occupation.”

According to the complaint, Maryott retired from working as a financial planner four years ago to “become a part-time politician.” Since then, Maryott’s license has lapsed and he has not earned any income from the profession, making his ballot designation claim fraudulent and misleading, Bartlett alleges.

Until his retirement in 2018, Maryott was a regional manager for Wells Fargo and served as a registered broker and investment advisor over the course of his career.

“According to public records, Brian Maryott has no job, no income, no business, and no license – he is not a certified financial planner, he is a fraud,” Bartlett said in a statement provided to The Coast News.

In her statement, Bartlett lambasted Maryott for “deceiving the public” regarding his ballot designation and for allegedly violating ethics rules during his time on the San Juan Capistrano City Council.

“The last time he had a job as a City Councilman, he cost the City of San Juan Capistrano $500,000 because he violated ethics rules, in addition to improperly using public resources to campaign. There is too much at stake for our country in the upcoming election to pin our hopes on a dishonest and unqualified candidate who is a perennial loser in the 49th district,” Bartlett said.

Specifically, Bartlett alleges Maryott’s involvement in squashing a settlement agreement between the City of San Juan Capistrano and San Juan Hills Golf Club was unethical and cost the city $500,000. However, Maryott was never officially found to have committed ethics or Brown Act violations.

“There is too much at stake for our country in the upcoming election to pin our hopes on a dishonest and unqualified candidate who is a perennial loser in the 49th District,” Bartlett said. “America is headed on the wrong track, whether you are talking about rising inflation, skyrocketing crime, failing education, weak foreign policy, and rapidly decreasing quality of life. We need an immediate change in leadership to address these crises, but if Maryott is able to advance to the general election by deceiving the public – yet again – it all but guarantees Mike Levin keeps his job in November.”

Bartlett’s complaint cites a section of California’s Code of Regulations governing ballot designations stipulating a candidate’s listed profession on the ballot must be their current occupation or vocation.

The only exception is if a candidate does not have a current occupation, they can list their last source of employment dating back to the preceding calendar year before filing for office. This exception does not apply to Maryott, who has not worked in a financial planning capacity since 2018.

“In order for a ballot designation…to be deemed acceptable by the Secretary of State, …each proposed principal profession, vocation or occupation submitted by the candidate must be factually accurate, descriptive of the candidate’s principal profession, vocation or occupation must be neither confusing nor misleading,” the law reads.

But the former mayor denied any wrongdoing, claiming that his certification as a financial planner remains active as of the present day despite his retirement.

“In 2006, I met the very rigorous education, examination, general experience, and ethical requirements to be designated a Certified Financial Planner, CFP,” Maryott said. “This distinction can only be awarded by the Certified Financial Planner Board of Standards, Inc. This organization certifies and oversees the elite group of professionals with this distinction. My certification…remains current, and I follow all the continuing education requirements, and incur the costs to maintain this important certification.”

Maryott acknowledged that he no longer practices financial planning or provides investment advice and he is not active with any brokerage.

“My multitude of securities licenses, mandated by both the financial services industry and the state of California, I allowed to expire when I stepped away from the corporate world in 2018,” Maryott’s statement reads. “My current mix of professional activities does not at this time require state licensure.”

“She has no idea what she is talking about,” Maryott said.

According to Tim Lineberger, Bartlett’s campaign manager, Maryott’s statement concedes the crux of the complaint by admitting financial planning is not his current “principal profession” as required under the law.

“The mere existence of a certification doesn’t mean that you’re able to engage in actual financial planning,” Lineberger said. “The requirement for ballot designation is that your title has to be your current occupation, he concedes that his occupation is currently not a certified financial planner. So, he’s conceding our argument in the complaint that he’s not engaged in this activity, and in fact that he’s not even licensed to do it.”

The complaint itself includes more than 50 pages of exhibits that Lineberger says demonstrate that Maryott hasn’t worked in a financial planning capacity since 2018.

According to Lineberger, not only did Maryott misrepresent his employment status in campaign filings with the Secretary of State’s Office, but he also lied to voters on his official ballot statement, which is publicly available online.

“When your toilet breaks, you call a plumber. When you feel under the weather, you call a doctor,” Maryott said. “When your country’s debt is ballooning and inflation is soaring, you call a Financial Planner and Business Executive, and send them to Washington to fix the problem.”

On several occasions, Maryott has outed his professional experience as a certified financial planner in campaign press releases provided to the public, including a release issued on March 10 where the candidate identifies himself as “a Certified Financial Planner, former Investments Industry Executive, and former Mayor.”

If the Secretary of State’s Office reviews the complaint and finds that Maryott’s designation violates state law, his official designation would be stricken from the June ballot. If the state denies the complaint, Bartlett could still attempt to have Maryott’s ballot designation removed by filing a lawsuit in Superior Court.

Lineberger said that Bartlett does intend to pursue the complaint through state courts if the Secretary of State dismisses the allegations.

According to Robert Stern, a retired attorney and former elections counsel to the Secretary of State’s Office, such complaints filed against candidates are not unheard of but can have a significant impact on an election’s outcome.

“With high-profile races like this congressional race, the ballot designation is very important because that’s all that voters might know about the candidate…it’s really one of the most important things that voters will see,” Stern said.

When making an assessment regarding the complaint’s validity, the Secretary of State will take a comprehensive look at the candidate’s professional background to determine whether or not the designation is consistent with the candidate’s history in that specific field.

In Maryott’s case, Stern said that it seems as though Bartlett’s complaint has a reasonable chance of success since the former mayor acknowledged that he doesn’t currently practice any financial planning.

“The fact that he’s certified doesn’t really matter here,” Stern said. “I mean up until a few years ago I was still an attorney, but I’m not practicing law anymore so I’m not an attorney. It’s not your current occupation if you’re inactive in that field even though you’re licensed, that just doesn’t persuade me. If I was at the Secretary of State’s Office I would tell [Maryott] give me more facts and show me that you’re a CFP, or I won’t approve this.”

At the same time, Stern emphasized that the Secretary of State will more than likely be inclined to defer the matter to the state courts unless there is a clear and obvious case of wrongdoing.

“The Secretary of State will let the court decide unless there’s a really obvious decision,” Stern said. “They’ll be looking for easy and obvious cases and not really conducting a deep investigation, they’ll let both sides present their views on the matter and it’s just a lot more likely that this will go to court if the dispute isn’t easily resolved.” 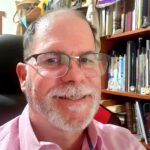