Scarlett Madello, 8, sings for the Bear Buddies during their jam session Thursday, Sept. 20 in Encinitas. Photo by Shana Thompson

ENCINITAS — Move over White Stripes, you have company.

An all-girl band, the Bear Buddies, is shredding guitar, pounding drums, belting out vocals and is a source of confidence and connection with their fathers.

The 22-person ensemble formed two years ago thanks to Jeff Chapman, and his daughter, Mia. They, along with the other members, are part of the Adventure Guide Program, the largest in the country. As part of it, there is Bear Nation, one of the father-daughter nations, through the Ecke YMCA.

The father-daughter program encourages strengthening bonds between dads and their girls through camping trips, music and other activities.

Chapman, meanwhile, picked up a guitar seven years ago and learned to play. He asked his daughter, who plays bass, if she’d like to learn and eventually form a band with Bear Nation. When she said yes, it was time to recruit.

“We were only seven girls,” Jeff Chapman said when the band started. “When they got up and played their songs live in front of the other girls, it inspired them. The next year we were at 17 girls. The girls have fun, I have fun and the parents love it.”

The girls range in age from 5 to 12 years old, although several members are older and have aged out of the program. And since Bear Buddies has exploded, the older girls will form their own group, but currently play the role of mentor for the younglings.

The have keyboardists, a drummer, bass, acoustic and electric guitars and vocalists and cover seven songs from the White Stripes to Lynyrd Skynyrd to Taylor Swift. They’ve started playing their own concerts, notably at the Carnitas (Carlsbad-Encinitas) Relay For Life earlier this year and a benefit concert for Vista-based Solutions for Change, a nonprofit homeless service provider.

They also played in front of about 700 people part of Bear Nation, which is one of the largest groups in the country for a YMCA program.

Chapman said keyboardist Calista Lowery announced the gig during a campout unbeknownst to the dads. They played in front of a neighborhood with a goal of raising $1,000 for Solutions for Change, a homeless service provider. The girls raised $1,900.

Also, the group is lining up other gigs, more the traditional type where they will book venues and play in front of different audiences.

“I’ve never really been the shy person, but I’ve noticed how people are shy and connect with people that don’t like to be in the center stage,” said 15-year-old Lala Kann. “I like to help them feel more comfortable.”

And while the girls are learning to sharpen their musical chops, the band also creates a deeper connection with their dads.

Many of the fathers have picked up instruments to play along with their kids at home. They have jam sessions during campouts and practice once a week at an auto shop in Encinitas where local band Her Bed of Thorns installed a professional recording studio.

Since the girls have access to the studio, Her Bed of Thorns is helping Bear Buddies record their first album.

“This is just another wrinkle in that and another thing we can talk about,” said Rich Kann, father to Lala, Rachel and Allie, who are also in Bear Buddies. “It’s been great to connect on that level. Gives us another cool thing to connect on.”

But more importantly, Chapman said, the group and the kids’ interaction with it is teaching life lessons such as teamwork, responsibility and commitment, to name a few, he said.

And while the program centers on the father-daughter relationship, the mama bears are just as involved with support and shuttling the kids to practice or gigs. But the girls recognize the changes in their personalities and connections with their fathers.

Lindsey Jones, 12, said she was shy before joining the band. Now, her personality has blossomed, she is more confident and finds it easier to speak with people she meets for the first time.

“When you’re in a band you notice different things and have to work together and be a team,” Jones said. Former USMC Raiders ‘in the swim’ of Underwater Torpedo League 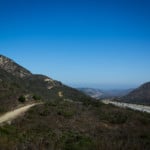