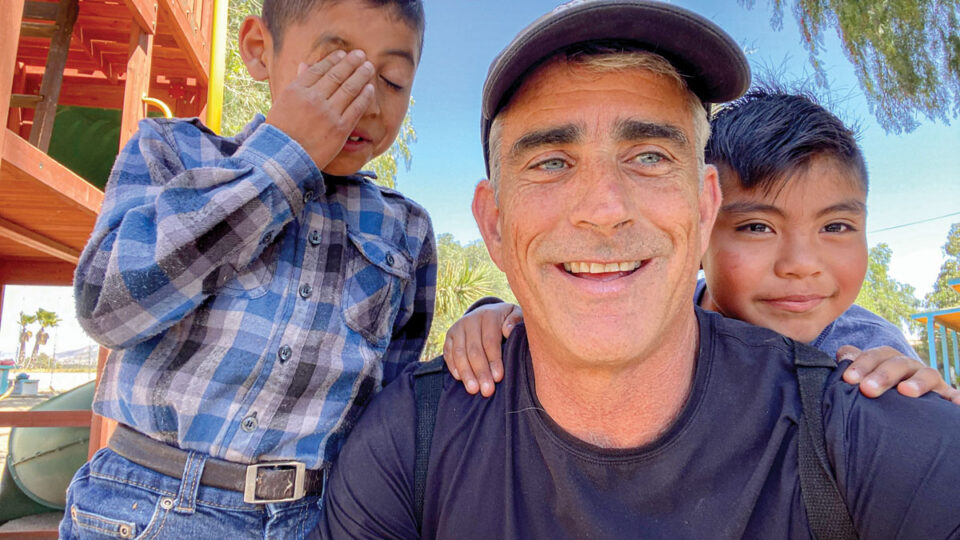 REGION — A group of volunteers and philanthropists in San Diego is coming together to help a 50-year-old orphanage in Valle de Guadalupe, Mexico, care for abandoned infants.

A GoFundMe campaign is raising $150,000 to build a nursery facility on the Rancho de los Niños Orphanage campus in Baja California, 90 miles from the San Diego border.

The group of San Diego residents is asking for financial support this holiday season from their community – as well as donated toys and gifts for the children 2-18 years old who currently reside at the orphanage.

In Baja California, one in three girls becomes pregnant before 18, creating a need to build a nursery facility at the Rancho de los Niños Orphanage in Valle de Guadalupe, Mexico, to care for abandoned infants, volunteers said.

More than 90 children currently reside at Rancho de los Niños, assisting orphans since 1968 without governmental resources. The center is run by Jorge and Ely Fonseca, whom each grew up at the orphanage themselves.

Carlsbad resident David Steel has been a longtime supporter of the orphanage and shared a Facebook post a few weeks ago on his birthday while he and his son were dropping off clothes, toys and other items at Rancho de los Niños.

The post sparked interest from several San Diego entrepreneurs who decided to get involved, including Ray Drasnin, CEO of Purple Penguin PR, and Ian O’Roarty, who provided videography and editing.

Bing Bush, a Del Mar attorney, donated $3,295 at his annual Decemberfest Celebration on Dec. 10 to support the campaign. Two hundred people attended the party, and 170 new, unwrapped toys were donated. Music for the event featured local DJ Sammy Shoebox Moses, himself an orphan from the Philippines.

Amar Harrag is the founder of the Be Saha Hospitality Group, which encompasses several restaurants in San Diego and Baja. Amar continued his ongoing commitment to the orphanage and raised the bar beyond belief when he had an architect draft complete designs for the nursery.

Harrag is also developing a wellness and retreat center, Ethos Baja, in Ensenada, Mexico, that will offer alternative healing modalities with experiences centered on social impact.

Harrag, a managing director and founder of the San Diego chapter of Corazon De Vida, has committed to providing resources from Ethos Baja’s revenue for the orphans at Rancho de los Niños.

“I have been visiting the beautiful children at Rancho de los Niños for more than ten years, bringing donations from our community and much-needed items,” said Harrag. “Land and building plans for the ‘baby dorm’ project, which will add capacity to care for 12-15 infants at a time, have already been procured. The project is a model for Baja California, where the need is great, and resources are small.”

The local nonprofit, Do Something Now, whose mission is to provide bicycles to underprivileged people living in impoverished areas worldwide, donated and delivered 12 bikes for children this holiday season.

President Harve Meskin described his contribution as “a simple way to bring love, joy and independence to these amazing young children.”