Charles Marvin III (aka Charley), son of the late Charles Marvin Jr. and Laura Heggeman Gates Marvin, was born July 8, 1938, in New Haven, Connecticut, and raised in the small town of Woodbridge, Connecticut, until he went to college. He graduated high school from the prestigious Hopkins School, where he was a pitcher on the baseball team. Mr. Marvin obtained his B.A. degree from Amherst College in Massachusetts and then graduated from the University of California, Berkeley School of Law, with a Juris Doctor degree, but that was only after a diversion for almost five years spent as a JAG officer in the US Navy, which was a secondary role to his primary duties as an Air Intelligence Officer and Photo Interpreter. He ended his last Navy tour as an instructor at an advanced air intelligence training center at NAS Alameda, California.

Mr. Marvin practiced law in California for nearly 40 years from the mid-60s through 2005. He began his legal apprenticeship and career with a large downtown Los Angeles-based firm, Lawler, Felix & Hall, prior to becoming a partner in the San Diego law firm of Higgs, Fletcher & Mack in the early 1970s. Mr. Marvin later formed his own law firm in Rancho Santa Fe and then returned to Encinitas and Cardiff-by-the-Sea where he practiced real estate and business law as a solo practitioner from 1984 until his retirement in 2005.

An avid ocean lover, Mr. Marvin took root in Leucadia in 1971 until his Heavenly ascension this past spring. During the 70s and 80s he could often be seen swimming and body surfing in the ocean, even during the winter months, without a wet suit. He was also an avid cyclist who enjoyed riding the North Coast of San Diego County.

Throughout his half century as a Leucadia resident, Mr. Marvin poured himself into his community, first by investing in properties along Coast Highway 101 in Encinitas, California.   Most notable are the Gold Coast Plaza and Leucadia Beach Inn, both still owned and operated by Mr. Marvin’s family members.

In 1976, Mr. Marvin purchased the Gold Coast Plaza, when it was the Manor Motel.

In 1990 an application was submitted to change the use of the property to a boutique shopping center as it stands today with many flourishing businesses and a beautiful garden and Koi pond.

In 2005, Mr. Marvin purchased the Leucadia Beach Inn, north of Leucadia Boulevard on Coast Highway 101, which holds a unique place in the Encinitas and Leucadia guest lodging history as the oldest continuously operating lodging facility in the city. It was originally constructed in the 1920s and has been in operation ever since.

All while practicing law and owning and selling properties up and down the coast, Mr. Marvin was a founding member of the Leucadia 101 Mainstreet Association back in 2003, which is now known as L101. The non-profit community-based organization works in partnership with the neighborhood, business owners, property owners, the City of Encinitas and the County of San Diego to preserve and revitalize the North Coast Highway 101 corridor, including championing the Leucadia Streetscape Project which was nearly 20 years in the making.

Mr. Marvin was also an enthusiastic writer in his retirement. He penned the aptly titled book, “The Tuesday Morning Gang Anthology,” that chronicled the lives of several local surfing, paddling, bodysurfing, business pioneers and more who met every Tuesday morning at Cardiff Seaside Market in Cardiff-by-the-Sea, CA. All proceeds for this published book, sold on Amazon and other online book stores, supports the California Surf Museum in Oceanside, CA.

He also penned tens of thousands of pages of prose relating to the life and times of his grandchildren, spouse, his beautiful Cavalier King Charles Spaniels, Charley and Dash, and “Leucadia Tales – A Whimsical History of Leucadia,” which will be published in the future, to name just a few.

Mr. Marvin departed this earthly life on Sunday, May 16, 2021, at home immediately before being transported to Scripps Memorial Hospital Encinitas for a valiant effort to revive him by paramedics and physicians. He was preceded in death by his father, mother, one of his three brothers, and many extended family members. 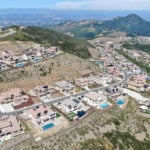