ESCONDIDO — In the eighth 2021 Escondido Legend biography, the Escondido History Center introduces Lloyd “Lefty” Mitchell. The Center will present a $1,000 honorarium, in their name, to an outstanding senior from a high school in Escondido.

Lloyd “Lefty” Mitchell, during his 21 years of community service as chief of police and city manager, established the foundation of Escondido today and now is 2021 Escondido Legend.

Lloyd McIntyre Mitchell was born in Oakley, Utah Jan. 10, 1907. He was dubbed “lefty” for his left-hand pitching in high school and at the University of Idaho where he received a degree in chemical engineering. After receiving additional training in electrical engineering in the early days of radio in Kansas City, MO, he and his wife, Dottie, made the big move to California in 1934. Prior to the Second World War, Lefty worked for the Mutual Broadcast System in both San Diego and Los Angeles.

During the war, he worked for Raytheon on board U. S. Naval ships, installing radar. After, he was able to rejoin his family on the ranch in his beloved Escondido. In 1946, Lefty joined the Escondido Police Department as a radio repairman. After a scandal in the police department, Mitchell was asked to take over the position of chief of police. During his tenure, the department became modernized and departmentalized. Known as a proven administrator and able organizer, Lefty established training programs, a merit system for advancement, formed the Mounted Police Posse and the Motorcycle Drill Team.

It was during his time as chief of police that he realized the need for an organization that provided healthy outlets for boys in Escondido. Out of this need, Lefty and other leaders of the community started the Escondido Boys Club (now known as the Boys and Girls Club of Greater San Diego).

Lloyd Mitchell, with his proven administrative record, was appointed city manager in January 1956. Escondido benefited from his vision and guidance to keep pace with the population growth that was to follow. During his 12 years as city manager, Lefty established the city’s public works, accounting, personnel and recreation departments. He oversaw the purchase of land for Kit Carson Park and planned the city’s sewer treatment plant.

During a period of drought in the late 1950s and 1960s, Lefty was aware that current climate conditions did not represent the frequent flooding which regularly occurred along the Escondido River, but he also knew that a planned flood control system was needed to ensure the city’s growth. Although controversial, Lefty helped plan and push for a successful channel project, which was amusingly dubbed “Mitch’s Ditch,” to pave the way for our city’s growth.

Lloyd “Lefty” Mitchell, with a career and life of community service had a Boys and Girls Club campus named for him as well as a conference room in the current Escondido City Hall. He was truly a “community treasure” and is now honored as a 2021 Escondido Legend. 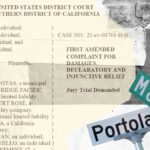 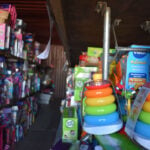