The broadcast journalism class is still very new to the school, having just started last year right in the midst of the COVID-19 pandemic. Teacher Sharon Strong recalled her concerns about how to teach a new, mostly hands-on class virtually, but they pivoted to make it work.

The film was one of more than 40 other submissions in the category, and one out of 1,500 total submissions to the festival contest from around the country.

Early last school year, students brainstormed together and came up with the film, “The Masked Robber,” a short PSA film about COVID-19 mask-wearing etiquette told through a parody of an old, country-western movie.

“We were trying to entertain our students and staff during quarantine while also informing them,” said Anna Velazquez, a current senior who worked on the film last year.

The class had to receive special permission and agree to social distancing restrictions in order to physically meet on set at Rawhide Ranch kids camp in Bonsall to film their movie. For most of the students, it was their first time meeting each other.

“It was nice to finally be able to meet in person,” Velazquez said.

The movie was student-made with Strong as an advisor and another alumni student, Aaron Saldaña Cisneros, who directed and edited the movie. Each student rotated roles on set, jumping from audio production to shooting the film to acting on camera.

When students arrived at the festival in early October of this year, they were told the event would be both a humbling and inspiring experience.

“I didn’t really think about it at first, but then after I saw all of the other movies made by students I felt so humbled and so inspired,” Velazquez said.

Many of the locations where students were able to film alone impressed Strong. She noted that the pandemic gave students everywhere an opportunity to film at interesting locations that weren’t populated with visitors, like Rawhide Ranch.

“It was a creative time for students to take advantage of venues that were closed to the public,” Strong said.

Students also flexed their networking skills and made new friends while at the festival, some of which they’re looking forward to seeing again at the upcoming Student Television Network convention in February.

Sam Rosales, a senior in this year’s broadcast journalism class, has a knack for networking and making connections with other student filmmakers who could be future colleagues.

“When meeting other filmmakers, you never know when there’s going to be an opportunity of me being in another city making a film, and I know someone there who maybe knows some cool spots and locations,” Rosales said.

According to Strong, nothing would have been possible without Career Technical Education, a department of the school district that provides several educational pathways like broadcast journalism through hands-on training and mentoring.

Going forward, the class hopes to make another film — or a few films — that they could submit to different competitions including the All American film festival so they can go back to New York next year.

They also want to master all of the new equipment that went unused last year in their studio on El Camino’s campus, clean up and improve their regular “ECTV” shows and ultimately set a high standard that will carry on with future broadcast journalism classes.

“Our emphasis is on storytelling,” Strong said. “We want to be storytellers.” Renter claims he was scammed by local property management group 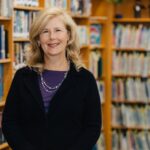