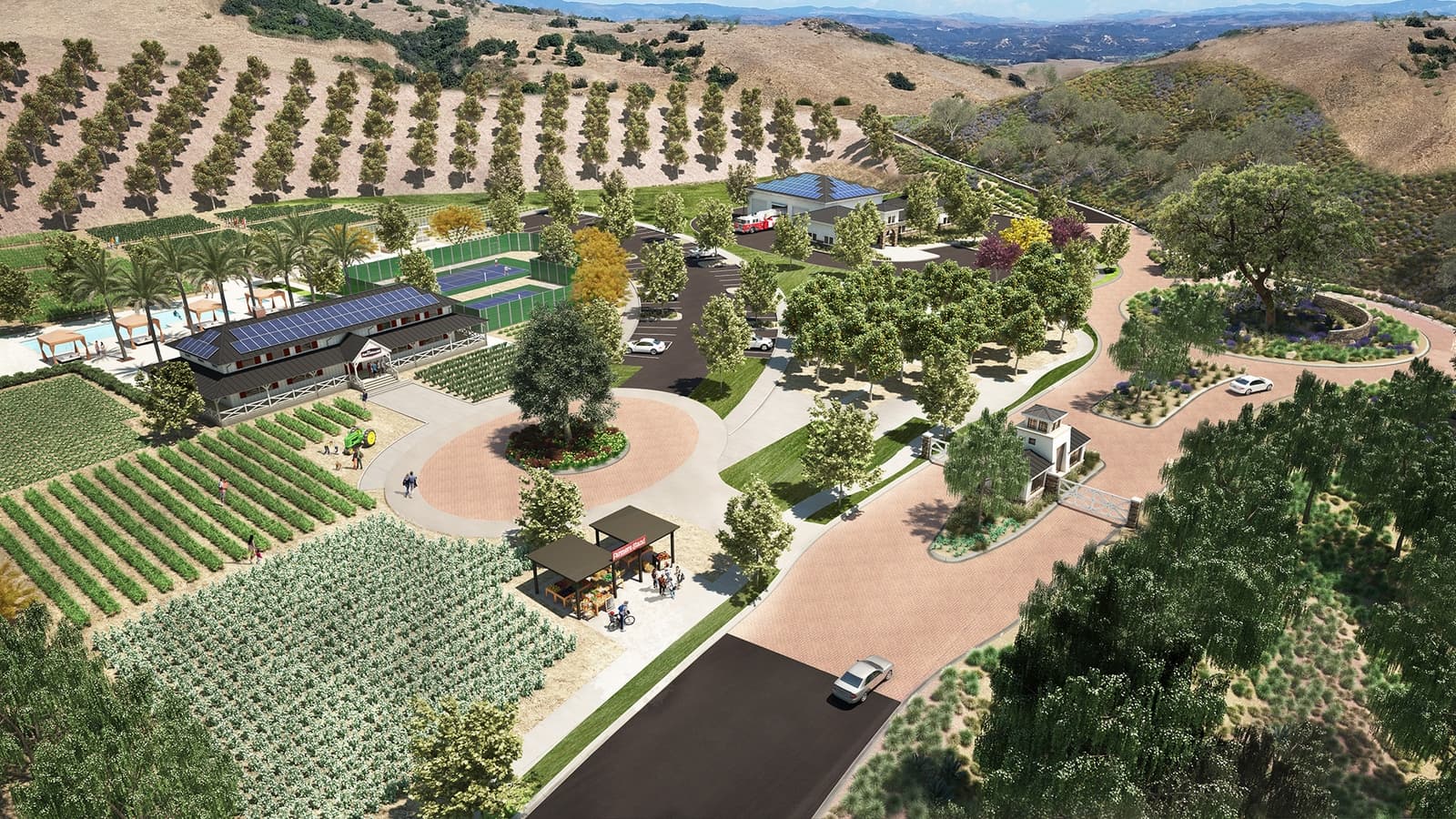 A rendering of an “agri-neighborhood” within the proposed Harvest Hills development in Escondido. The project proposes 550 luxury homes on 1,100 acres of land in the San Pasqual Valley near the San Diego Zoo’s Safari Park. Photo courtesy of Harvest Hills

ESCONDIDO — It’s been almost a year since the Escondido City Council’s last action regarding the controversial Harvest Hills development and, according to city staff, the city still doesn’t have a date for a vote on the issue.

The project is a high-end sprawl development that proposes developing 550 luxury homes on 1,100 acres of land in the San Pasqual Valley on county property near the San Diego Zoo Safari Park. The city would need to annex the land into the municipality’s boundaries as part of the approval.

Proposed by Concordia Homes, the development plan has been in the planning process for the past six years and was formerly known as Safari Highlands Ranch before being rebranded as Harvest Hills.

Critics of the development say it will endanger wildlife habitats, increase wildfire risk and have negative effects on transit and climate change.

At its Nov. 20, 2019, meeting, the council voted 4-1 to authorize a $63,470 contract between Concordia Homes and the firm Michael Baker International to continue performing an environmental impact statement for the project.

Ahead of that meeting, the council received a joint letter from nearly two dozen environmental, conservation, climate and community organizations urging the council to reject the development.

The project was supposed to be presented to the city’s Planning Commission in January or February and then brought to the council for a vote sometime between March and May, according to a timeline released last year by a consultant on the project.

Escondido Communications Manager Teresa Collins told The Coast News that the Harvest Hills item is not on any upcoming agenda, so the city does not have a date for the issue at this time. The city did not indicate why there has been a delay.

The city may have been waiting until after the Nov. 3 elections, in which three district seats are up for grabs. The outcome of the election could cause a shift in the council’s political majority for at least the next two years.

The new council will also be responsible for hiring a new city manager to replace Jeffrey Epp, who officially retired in July but has stayed on until a replacement is named.

Either way, the highly anticipated vote on the largest and most controversial housing development to come before Escondido will fall to the city’s new leaders. The question is when.