Kori Jensen explains why she should represent District 1 on Oceanside City Council during a special virtual workshop on Jan. 27. Courtesy photo

OCEANSIDE — Residents and local groups who were left frustrated by the recent appointment process of new District 1 Councilmember Kori Jensen are calling for her resignation and for the San Diego County District Attorney’s Office to look into allegations that she does not live in the district.

On Jan. 27, Jensen was chosen in a 3-1 vote to represent District 1. Mayor Esther Sanchez was the only vote opposed to Jensen’s appointment, explaining that she preferred to have a special election and that she did not know Jensen well enough from her brief interview and application for the position.

Council opted to appoint a new member to represent District 1 instead of holding a special election, which would have been a large expense for the city and would have left the council with only four members for nearly a year.

Jensen was chosen from more than a few dozen candidates, who were given a few minutes to explain why they should be chosen to represent District 1 during the Jan. 27 meeting. She was subsequently sworn in at the Feb. 3 council meeting, during which a mixed bag of nearly 40 public comments voiced support for Jensen or called for her resignation.

Many feel that Jensen lied on her application about her place of residence, listed as being in the 800 block of N. Pacific Street. Until recently the home was listed on Airbnb and had received reviews from guests as recently as January.

The Airbnb page was taken down last week, and Jensen previously told The Coast News that she wouldn’t be renting out her home “ever again.”

Jensen also told The Coast News that she does in fact live at the Pacific Street address, and at least one of the public comments from the Feb. 3 meeting came from someone who claimed to have stayed there “many times” with Jensen present.

“I have personally stayed at her home many, many times in Oceanside with Kori Jensen, so I know she’s had a presence there for at least 15 years,” said Brent Lovett.

“I find it troubling that she hasn’t responded in detail to allegations and that she had been renting the home out all the way up through January,” Coker said. “I don’t find it convincing.”

Complaints about Jensen’s alleged untruthfulness regarding her address have been forwarded to the San Diego County District Attorney’s Office, according to City Clerk Zeb Navarro.

Coker and many others also found that Jensen was not as qualified as other candidates for the seat and took issue with the short interview process.

“The interviews were cut short so there wasn’t an opportunity to properly vet candidates, and it seems painfully obvious watching that council meeting that there was an abundance of applicants for that seat who were highly qualified to represent District 1,” Coker said. “It seemed curious and baffling honestly that Jensen made the top of the lists for three out of four councilpersons. … She has absolutely no history in public service, never served on a city commission and has never engaged in local political advocacy that we’re aware of while there were so many other applicants who had a long history of serving the needs of the city.”

Coker also found it odd that none of the councilmembers who listed Jensen as one of their top candidates explained why they chose her.

“They could have gone a long way towards addressing this issue by simply explaining why they thought Ms. Jensen was right for it, so without that transparency, it stirred a backlash from the community,” Coker said.

In 2019, Council adopted a formal appointment process to the city office after community members pushed for a clearer, more transparent process. Resident Arleen Hammerschmidt was one of these vocal community members, but she felt the policy that was adopted was incomplete.

“It was only a policy, which means it’s just guidance, which means the City Council can change or adopt it at will,” Hammerschmidt said.

Hammerschmidt added that the City Council didn’t even follow its own policy when it came to the most recent appointment process.

“It’s just disrespectful to have a policy adopted and then disregarded,” Hammerschmidt said.

Hammerschmidt was also one of the members of the public who called for Jensen’s resignation at her swearing-in.

The Oceanside Justice Coalition, a group of community advocates, released a statement on Instagram along with the support of Coker, the North San Diego County NAACP and the North County LGBTQ Resource Center claiming the council “clouded transparency and eroded public trust by jamming through the interview workshop without any council discussion of the candidates.”

The statement also dives into the issue of why districts were created in the first place: to prevent diluting votes from protected classes and to increase the representation of communities of color.

In 2017, Oceanside began the process of switching to district elections rather than at-large seats. That year, residents primarily from the Eastside, Crown Heights, Fireside/Mid Valley, Libby Lake, Deep Valley and Tri-City pushed to establish District 1 and 2 to better represent the city’s ethnic and socioeconomic diversity.

Figueroa wasn’t surprised that Sanchez, who grew up in the Eastside and has been on the council now for two decades, was elected to represent District 1 in 2018. But according to Figueroa, District 2 simply wasn’t ready and didn’t have enough time to prepare and inform its residents about the new process.

Figueroa said these communities want to see people who they know and are involved to take office, but what frustrates many is that candidates only seem to start showing up looking for support 18 months before an election. Those candidates who lose are usually never heard from again, and those who win only seem to show up to a handful of events in the communities each year, he explained.

With district elections, the hope was for voters in these areas to see their neighbors as councilmembers.

“That’s why we said we have to have folks that are proximate to these communities,” Figueroa said. “If my community is dealing with an issue and a candidate is also from there, I don’t have to explain why it’s significant to address said issue.”

“I would have liked to see which candidate got the most emails and calls from people in the district,” Figueroa said. “There was just no transparency in the entire process.” 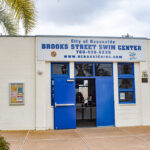